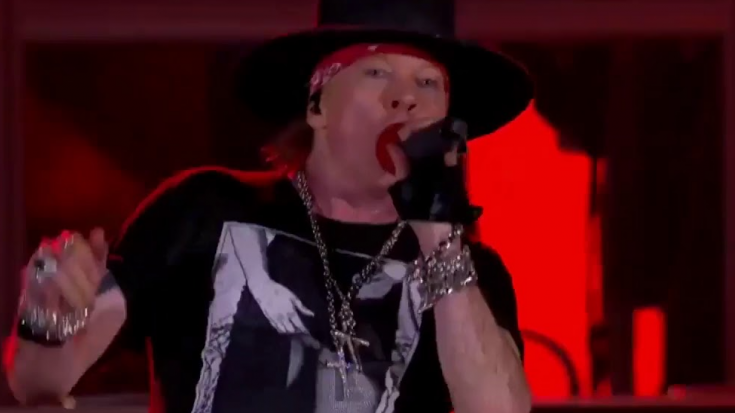 So, when GNR once again performed the rock staple “Whole Lotta Rosie” back in 2017’s Rock in Rio concert, they were greeted with the warmest energy from the loud howls from the audience.

“This is a little something from us. It’s one of our favorites we’ve played since the beginning, and it’s my side job, you know, ‘cause sometimes, you gotta work hard to make ends meet.” Axl Rose explained before the familiar intro began.

Everything in the concert was hypnotic and exciting. And if you were a person from the audience, you can almost feel the electric rush in your veins. Rose’s voice is a bit exhausted, but he still managed to perform in full energy— something that we could all expect from this incredible frontman. But the most magnificent of them all is Slash’s delivery of his guitar riffs that instantly mesmerizes anyone from that show. The way he delivered it and made the song entirely for the group is convincing. There’s a reason why these rockers have their band stamped in the annals of our rock scene: they’re astonishingly intense.