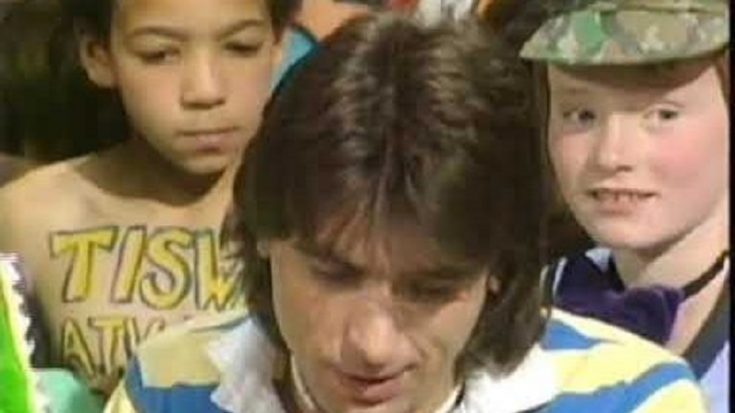 Everybody, please gather around for an intimate yet hilarious interview from Cozy Powell, with a big surprise from Robert Plant!

TISWAS or “Today Is Saturday: Watch And Smile,” was an early morning British Saturday television program from the mid-70s to early 80s. While the show is a hit for the children, many famous rockstars have made an appearance to promote their current projects and participate in the silliness that the show provides. Hosted by Sally James and Gordon Astley, they interview people and do funny antics that any British person would appreciate in their childhood days.

One highlight, in particular, was the appearance of the legendary Cozy Powell who established his career as a drummer of many famous bands like the Jeff Beck Group, Black Sabbath, and Emerson, Lake & Powell. So, with him being the guest for the show, you’ll know there’s something more than what awaits him.

Powell and James were talking about the drummer’s current and future work, whether there is a possibility of a solo album, his career as a racecar driver, and many more. From the interview, they were constantly interrupted by people who pop in and out to either make fun of the guest or just make jokes about anything. But little did Powell knew, when Sally mentioned Robert Plant, at which point, Plant appeared from the side and smushed Powell’s face with icing— a hilarious move that totally surprised the drummer who was left speechless.

But hey, at least we can see Robert’s dazzling grin from the act, and that’s totally worth it!