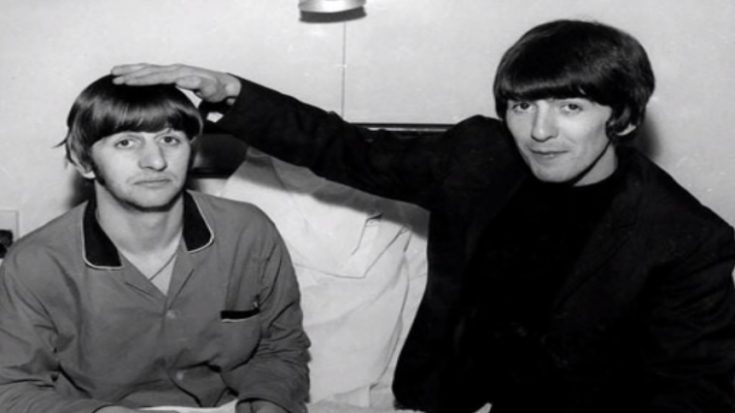 The death of another Beatle in the name of George Harrison had led the whole world to mourn for its loss. A legendary singer/songwriter, Harrison’s incredible personality and his passion for creating music that makes the world go round are some of the greatest things that his fans will always think of. So when he died from complications of lung cancer following the stabbing incident that happened in their house, it’s evident that his closest friends have something good to remember from him. One friend, in particular, was his fellow Beatle member and a good friend, Sir Ringo Starr.

In a clip below from an interview with Starr, the former Beatle revealed that George spent his final days in Switzerland, and Ringo went there for a visit. Harrison looking weak while laying, Starr, later on, told him how he needed to go to Boston for a visit from his daughter’s operation regarding a brain tumor. Harrison, being a good friend that he is, said to Starr his final words he has heard from him:

“Do you want me to come with you?”

The words brought Starr to shed a tear, as he hid the pain he felt by a peal of forced laughter and making a joke afterward.