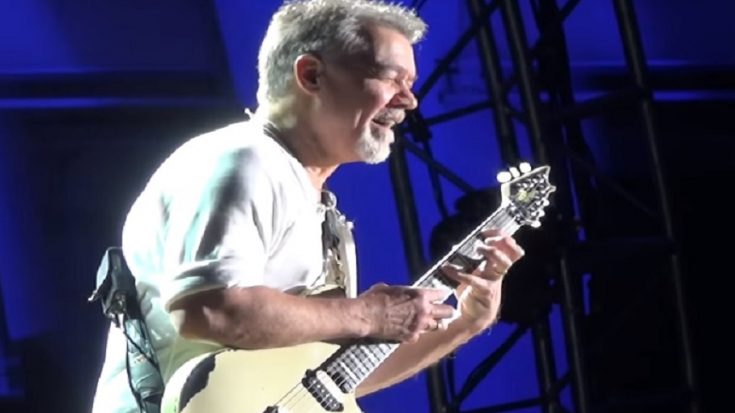 Ben Winston, the producer of the 63rd Grammy Awards held last March 4 broke his silence when the event received a backlash from fans of Eddie Van Halen as well as the rock star’s son, Wolfgang Van Halen, who made a public comment on the award’s tribute.

In the “In Memoriam” segment presented by the award show that highlighted some of the biggest icons who died last year, the guitar legend was momentarily referenced following his death by cancer last October 2020. As the fans unashamedly showed their disappointment with the ephemerality, Wolfgang made some comments as well.

He confirmed that he was well aware of the segment, as he was invited to the show to perform his father’s “Eruption” instrumental. But the former refused due to the idea that nobody could ever do it like Eddie. He further stated his frustration on a social media post.

“I didn’t realize that they would only show Pop for 15 seconds in the middle of 4 full performances for others we had lost,” Van Halen explained. He continued to say that though the rock isn’t the most popular genre of today, the impossibility of finding another innovator as great as his father should be enough to express the right amount of legacy he had given to “on the instrument, the world of rock, and music in general.”

Winston clarified everything on Variety, “We had the idea for it for a long time. Because I thought it was great that we could go from Little Richard to Kenny Rogers, to John Prine, and it could be brilliant musicians playing for each other, and I think it really resonated with people.” As the submitted names for “In Memoriam” were 970, and the usual names to be given its tribute ranges from 35 to 40 only, they eventually made it to 60 names.

He further stated that they called Wolfgang’s rep before to perform on stage, but Wolfgang didn’t really want to do so, but the latter said that maybe they could show a video of his father performing; as there is no one in the industry that could play just like Eddie, so that’s what the show did that deemed appropriate for them.

He also expressed his remorse with Van Halen’s comments and says sorry if he didn’t like the tribute honored for his legendary father.