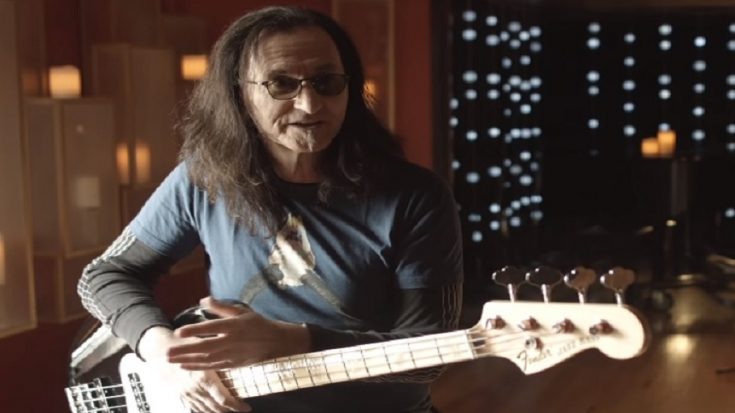 Bass is not a flashy instrument, but its use portrays a vital role for a perfectly great song. While others cannot grip with how awesome the instrument is, Geddy Lee from Rush, however, can make you think otherwise.

Geddy Lee may have performed the bass as a powerful tool of instrumentation, but he also admitted that the instrument was not a flamboyant one like the others. In the scene where everybody wants to be a guitarist like Jimi Hendrix, Jimmy Page, Eric Clapton, etc., bass players often tend to be voted yet to have one for the band. And that’s exactly what happened to Lee, since there was no one to rely on such, he was voted by his band members.

Luckily for him, he’s a skillful instrumentalist and often regarded as the reason why people love to learn the bass even more. Like Hendrix with his guitar, Lee’s skills to perform the bass truly is astounding, even more so that he had received numerous praises coming from different artists about his mastery.

“YYZ”, “The Trees” and the unforgettable “The Spirit of the Radio” are among Lee’s remarkable isolated bass tracks that rightly showed his immense talent of handling a not-so-appreciated instrument. Geddy Lee was indeed a game-changer, and he will always remain as the iconic bassist that presented the wonders of the bass instrument for the astonishment of everybody.