Geddy Lee On Tour, But It’s Not What You Expect 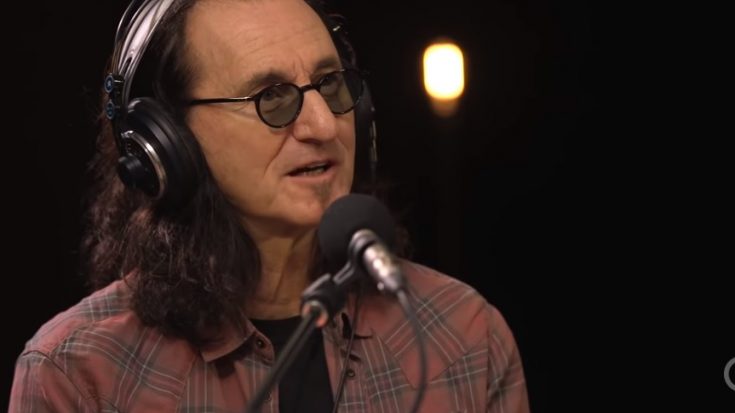 Geddy Lee on an interview about his book, Geddy Lee's Big Beautiful Book of Bass - q on cbc / Youtube

While Rush is has long rested from making music, former frontman and bassist Geddy Lee is going on a tour of his own. But this isn’t your usual tour, though. Geddy Lee plans to embark on a book tour for his own “Geddy Lee’s Big Beautiful Book of Bass.”

Lee’s book will be a retelling of the bass’ prolific history, as well as feature the extensive vintage bass collection of Lee himself, ranging from the 50’s to the 80’s. He will be on the book-signing tour for two weeks, starting in Victoria, British Columbia on the 22nd of May.

One stop on the array of schedules will get a special treatment, as Geddy Lee will open the Geddy Lee’s Big Beautiful Bass Exhibition at Calgary’s Studio Bell of the National Music Centre, and will be featuring a catalog of his most prized bass guitars ever.

The exhibit is a continuation of the previous exhibit in the Rock And Roll Hall of Fame in Cleveland, and will be the first Canadian event of the venture. The exhibit will feature 26 of Lee’s bass guitars, handpicked by the musician himself.

Lee is known for being an avid collector of bass guitars, and has accumulated hundreds of the instruments in the process. His passion for the instrument led him to author the book Geddy Lee’s Big Beautiful Book of Bass. In line with this exciting event, NMC will simultaneously launch an exclusive event with Geddy Lee that will involve a special question and answer portion, and a book signing stint on the 25th of May, while the exhibit will open on the 26th.

“The instruments featured at Studio Bell are a combination of rare vintage basses from the Golden Age of guitar production as well as significant ones that I’ve used throughout my career; basses that I’ve scoured the world to get my hands on. This exhibition gives people a look into the origins and the earliest years of the instrument that helped shape popular music…as well as the ones that I’ve lovingly held in my hands for over 40 years as I developed a sound I could call my own. It’s the largest display of basses from my personal collection ever and I’m excited to share this with my fans in Canada.”

The display will feature Lee’s iconic basses throughout his career in Rush, as well as prized vintage models and historical collector’s items. Some of these include his Rickenbacker 4001, which he was using from the 70s and the 80s, his signature 1972 Fender Jazz Bass, his 1952 Fender Precision Bass, and a sample of the legendary Paul McCartney’s bass, a Hofner Cavern bass, among others.

The Geddy Lee’s Big Beautiful Bass exhibit will run from the 26th of May to the 2nd of September, and open for seven days a week, from 10 AM to 5 PM. Admission fees are $18 for adults, $14 for students and seniors, $11 for children, and free admission for kids 3 and below. Geddy Lee will only be catering to the signing of his book, and not Rush memorabilia.