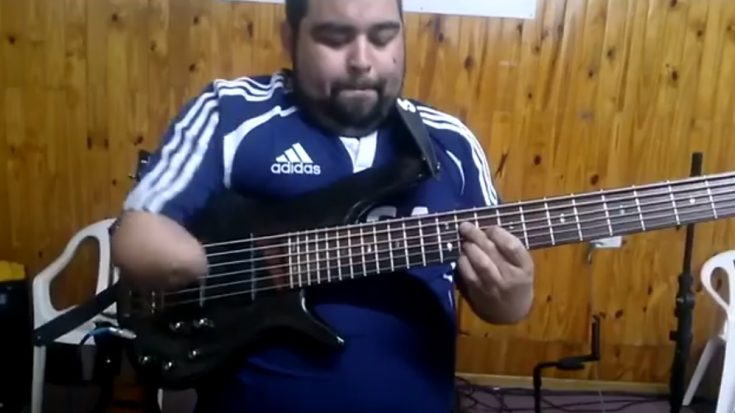 Mastering a musical instrument often requires dedication, patience, and hard work. Even masters of the craft started at the bottom at one point. For the average guitar player, even the easiest chords can take time to get accustomed to, and transitioning to different progressions requires hours of persistent practice to achieve.

Those with the fiercest passions usually brave their way through the pain, effort, and studying and eventually become experts at their craft. For those who don’t have the same mettle, they usually drop off the routine with a pessimistic perspective, and regret the decision in the future.

For most people who have been blessed with complete body parts and appendages, learning and playing the guitar may be a feat taken for granted, but for our fellowmen with disabilities, they put everybody else to shame with their passion for the craft. They are the ones who usually step up to the occasion with their unrivaled drive, and yield in even better results than those without impairment.

In a recent viral video circulating on Facebook, a physically disabled man, specifically missing his right hand, impressed audiences from around the world with his stellar rendition of a song. He is seen using a six stringed bass, and instead of playing some standard bass progression, played a Spanish worship song, Cuan Bello Es El Señor by American Christian pastor, Marcos Witt. With the intricacy and accuracy of a finger-style performance, he was able to channel the good news through his skillful playing.

If you’re having a bad day, or at the verge of quitting whatever you’re doing, take inspiration from this passionate fellow, who didn’t let anything get in the way of his drive and determination to enjoy music and play his coveted instrument. A perfect example of resilience and intensity, seen in the happiness he exudes by enjoying his craft. Check out this amazing chap in the video below!