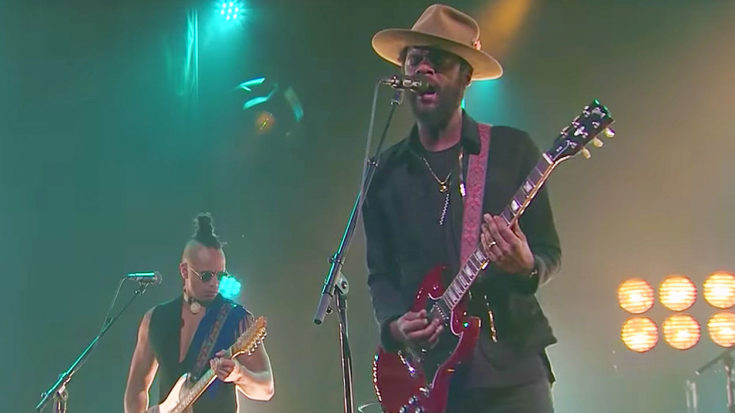 The Fab Four Would Be Proud!

There’s no denying that the Beatles are one of the greatest bands ever to walk the earth. Many would argue that no other band has been more influential and revolutionary in the history of music other than the Fab Four, and their songs seem pretty untouchable when it comes to remaking, or covering. However one current artist has reworked one of their classics, and we must say, it’s pretty damn amazing!

Guitarist Gary Clark Jr. recently covered his own version of the Beatles’ “Come Together” for the release of the new Justice League movie, and it’s amazing! In promotion of the new cover, Gary took his guitar and talent to the Late Late Show with James Corden, and turned in a cranked up, high-octane performance that is guaranteed to rock your socks off! Gary’s amazing blend of modern rock, along with that classic blues soul is impeccable, and any fan of the Beatles or Gary will truly appreciate this! As far as covers go, we’re almost positive Ringo and Paul would greatly approve, and George and John are looking down and smiling on Gary!

Check out the awesome cover down below, and let us know what you think!