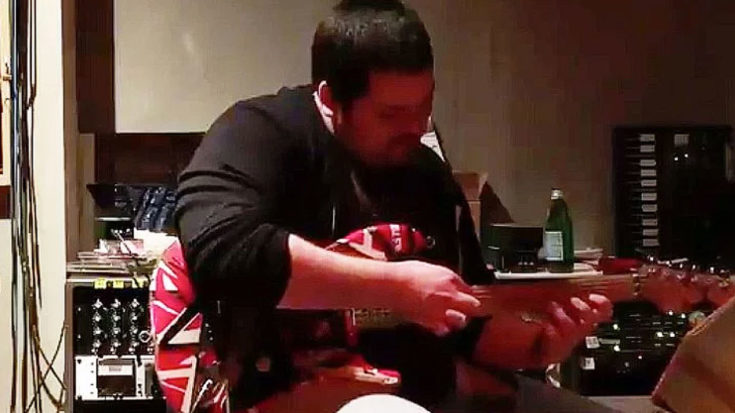 There aren’t many of them, but second-generation rockers have proven to be some of the most amazing musicians out there. Take for example Wolfgang Van Halen, son of legendary guitarist Eddie Van Halen. Wolfgang is not only a great guitarist like his father, but he is amazing at drums, bass, and though we have yet to hear it, he is probably an amazing singer.

Wolfgang is one of those rare cases where he is not just well-versed in one instrument, but several. He is as multi-talented as it gets. It just goes without saying that he is slated to be one of the greatest musicians of all time.

As of late, Wolfgang has been working on his own material. He has been releasing video snippets of his tracking and so far, all of it sounds great. However, recently, he took a break from tracking to honor his father.

What you’re about to watch is a video in which the aforementioned Wolfgang uses the same guitar his father used to record Eruption and, you guessed it, plays Eruption. Way to honor your father, Wolfgang!

In honor of Eruption being recorded 40 years ago today, here’s me playing it on the guitar it was recorded on. #Eruption #EddieVanHalen pic.twitter.com/X1JV5zOzUJ