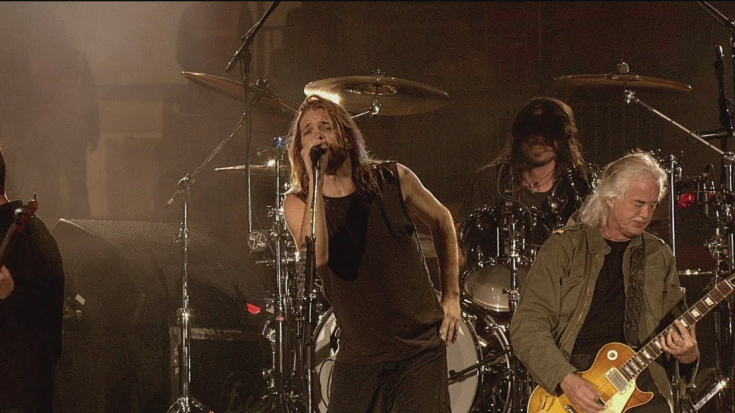 There’s nothing greater than to jam with your rock heroes for a once-in-a-lifetime opportunity!

Back in 2008, Foo Fighters got lucky to have been given a chance to perform with Led Zeppelin’s Jimmy Page and John Paul Jones at their iconic Wembley Stadium performance. The 2-song set was filled with enormous energy from both the performers and the crowd, who for once, never even thought that they would see this historic event unfolding right in front of their faces.

In the finale of their performance, the legends were called to perform Led Zeppelin’s “Rock and Roll” from Led Zeppelin IV. David Grohl, who’s a massive LZ fan and the primary reason why these rock gods are on the stage with him, had the biggest smile on his face as he assumed the drummer position, while Taylor Hawkins got up to sing the lead vocals.

The synergy of the two groups was immensely fruitful and amazing, with Page’s slick guitar riffs well-paired with JPJ’s ability to make the basslines prominent in the song. Grohl’s drumming was also outstanding, and there, we could see that he’s so lucky to have one of his lifelong dreams come true.