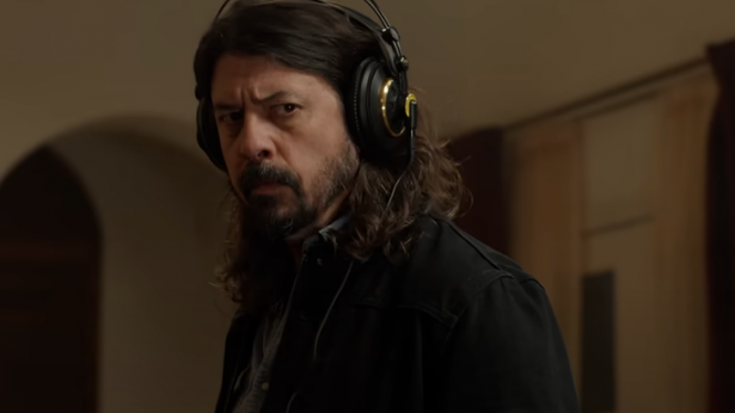 Foo Fighters went headstrong as they released the “March of the Insane” song, released under the name Dream Widow for the band’s forthcoming comedy-horror movie Studio 666. The lyric video can be seen below.

Studio 666 is the first non-documentary film of the band as they explored what happened when they moved into a sinister mansion in Encino, California, as they record their 10th album, Medicine at Midnight. Grohl stars in the film alongside his bandmates Taylor Hawkins, Nate Mendel, Pat Smear, Chris Shiflett, and Rami Jaffee. The film will be released this Feb. 25 in theatres.

Grohl explained the premise of the movie in an interview with The Howard Stern Show. “We move into this house, I have writer’s block, I’m totally uninspired, I can’t come up with anything,” Grohl told Stern. “And I wind up finding this creepy basement. And I go into the basement, I find this tape by a band from 25 years ago that recorded there. And there’s this song that, if recorded and completed, the f****ng demon in the house is unleashed, and then, whatever, all hell breaks loose.”

“March of the Insane” served as the record present in the tape, which belongs to the band Dream Widow, the one that was tragically affected before their singer killed all of them. 25 years later, the Foo Fighters came in, with no idea whatsoever on what happened there, and Grohl starts becoming possessed by “the spirit of the guy from 25 years ago and the spirit of the house.” It’s a movie you shouldn’t miss!

Grohl had initially wanted to release their 10th album alongside the movie, but the pandemic hindered them from doing so. With that in mind, Grohl also opted not to include any songs from the latest album.