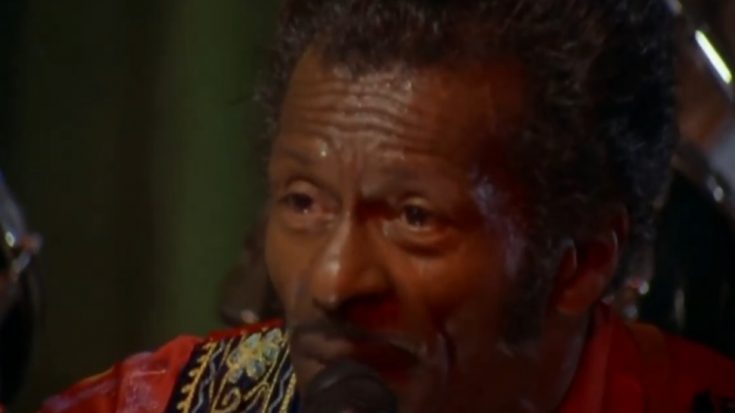 Chuck Berry’s first feature-length documentary has been released via video on demand, while the Blu-Ray version will arrive on November 27.

The film is directed by Jon Brewer, a documentary veteran for musical legends like BB King: The Life of Riley and Beside Bowie: The Mick Ronson Story, among others. The soundtrack is comprised of Berry’s most acclaimed songs and has performance footage mixed in with reenactment scenes.

John Lennon talks of Berry in the trailer, saying, “If you were to try and give rock ’n’ roll another name, you might call it Chuck Berry,” while Simmons says, “The definition of Chuck Berry is … Chuck Berry.” Alice Cooper adds that “he could tell you a full story in three minutes, lyrically; if he couldn’t think of a word, he’d just make one up.”


The movie’s producers also said in a statement: “In this highly anticipated official and fully-authorized feature documentary, the absolute instigator of rock ’n’ roll, Chuck Berry, is truly revealed with exclusive access to his family, friends, famous fans and the music icons he inspired. Despite his iconic status, and reverence for his talent by rock’s heroes … Berry was at heart a family man. He was a prolific craftsman of words and chords, an undisputed and stunning combination of talent and charisma.”