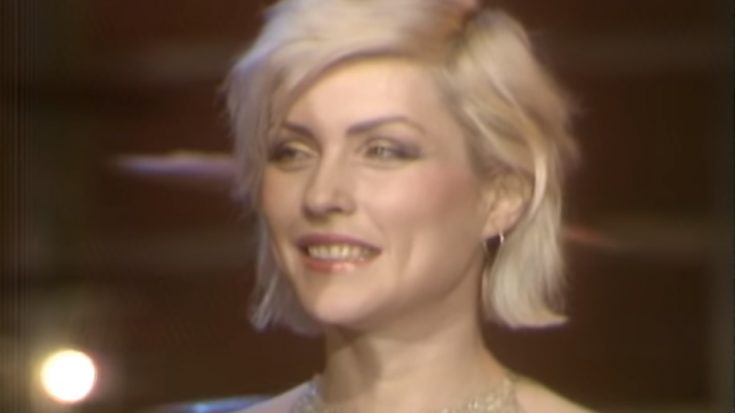 Deborah “Debbie” Harry was often mistaken as Blondie instead of the band as a collective, with her blonde hair a primary suspect. It can’t be denied that she is the band’s poster girl, if not the whole punk scene itself. Debbie Harry was a breath of fresh air in the male-dominated landscape, her smooth vocals and nonchalant attitude comprising the brand of Blondie’s music. Here are some facts from the iconic frontwoman’s life.

Heavenly Body of A Face

During her high school years, Harry often experimented with makeup due to her experience in childhood, saying that “an oval face was considered beautiful, not a broad round blob like mine, which earned me the nickname Moon.”

Harry claims that she has regular psychic episodes occurring, with the first one happening at age three. “We lived in Hawthorne, New Jersey, where I spent almost every day in the year digging in my sand pile, daydreaming, and swinging. One day I started hearing voices coming from a brick fireplace my dad had built, telling me complex mathematical information. I ran into the house to tell my mother what I’d heard and how important it was. She laughed as I tried to verbalize what I thought I had heard because it sounded ridiculous. The exhilarating physical sensation this psychic contact had given me was gone and I was left feeling oddly empty,” she wrote.

Thrillseeker at a young age

During one particular vacation Harry’s family had at Cape Cod, the 11-year old Harry went to town with her cousin, makeup and lipstick on, without her parents’ knowledge. During one encounter, they managed to pick up two gentlemen who walked them home and offered to pick them up for a drink later. “At 11 p.m. that night our mothers had put us in pajamas and told us to go to bed, when these two guys came knocking at the door. We went down and opened it and you should have seen the faces of these two guys when they saw these two little kids there, without lipstick. It turned out that they were both very famous musicians. They gave us both autographed pictures and stuff. But my parents were really shocked,” she recalled.

While Harry was indeed a punk princess of her era, she started singing for her church choir when she was young and even dabbled in cheerleading. She recalled, “They had me twirling and dropping the baton for the bending over aspect. I was there for the pervert fathers. Looking at my underpants!”

In her childhood, Harry would wonder about her biological parents. It even went as far as having her imagine that Marilyn Monroe as her real mother. It wasn’t such a far-fetched affair once she’d become successful though, as she bought one of the dresses Monroe wore in The Seven-Year Itch.