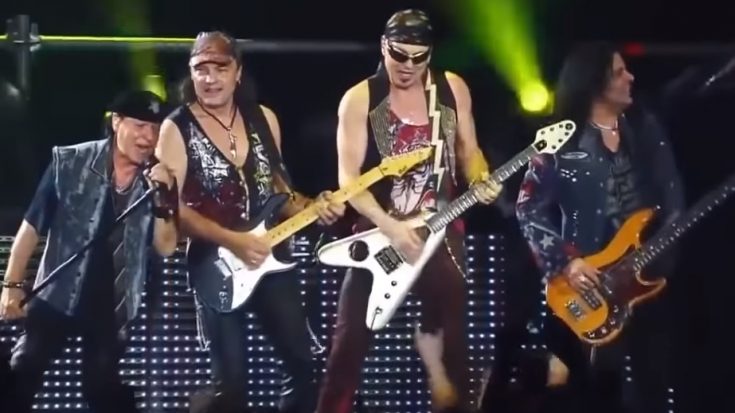 Representing Deutschland in the heavy metal department is the iconic band, Scorpions. Seeking their success in the ’70s, the band has seen its fair share of ups and downs throughout its career and still remains to be one of the biggest influences for aspiring hard rock and heavy metal groups. Here are some Scorpion facts that you might have missed.

Throughout the band’s long run in the industry, only guitarist Rudolf Schenker was a constant member of the lineup since its establishment in 1965. But it can also be noted that despite this, vocalist Klaus Meine did all the lead vocals for all their studio albums, and Matthias Jabs has been with the band consistently since 1979.

Unlike any other band that needs a team to run it, Scorpions begged to differ. The band managed themselves and did the tedious paperwork and bureaucracy that was required during their shows and recordings.

Coincidence? I Think Not

1984’s “Still Loving You” was quite popular in France upon its release, but something bizarre coincided with its popularity. According to statistics, there was an unusual boom in the country’s birth rate 9 months after the song became a phenomenon there.

Scorpions were supposed to go with the name Stalingrad, on the suggestion of producer Conny Plank. Meine even recalls, “He wanted us to dress up in army uniforms and then storm on to to the stage! I think he wanted to make us into an early Rammstein, with a theatrical show.”

While original guitarist Uli Roth quit in 1978, and “replacement” Michael Schenker the following year, the two reunited with the band in 2007 when Roth joined them for a series of Paris shows, and Schenker during the British leg of the tour.