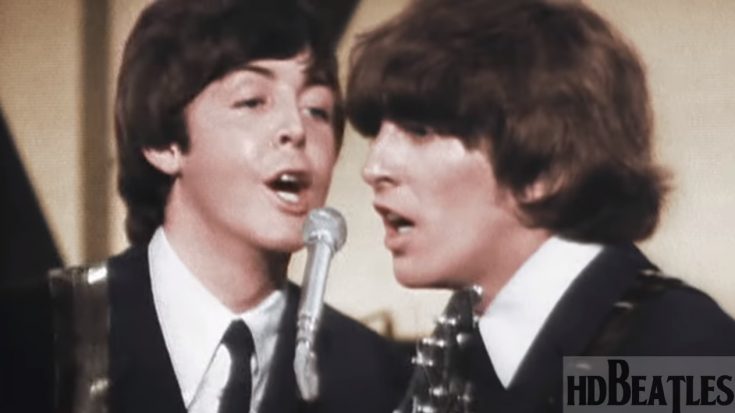 One of the Fab Four’s most memorable catalogs was the 1965 album, Rubber Soul. Comprised of original material, Rubber Soul’s recording sessions were burden-free, as the band wasn’t tied to commitments like touring or guest appearances. This allowed the Beatles to pour in a considerable amount of effort into the album that saw the conglomeration of folk, pop, and soul influences rolled into one. But the band acknowledged their lack of originality in comparison to African soul artists, hence the colloquialism of the album title. Here are some facts from the quintessential sixth album by The Beatles.

The Origins of “Michelle”

With the Beatles, parties they attended were often teeming with young ladies wanting to meet the band. Paul McCartney used this to his advantage and had a very conspicuous method of attracting women in these gatherings. At a certain party hosted by Lennon’s art tutor Austin Mitchell, McCartney would play a primitive version of “Michelle” while staying at a corner of the room, adding to his mysterious aura even more. Years later, John Lennon recalled the French-sounding tune and asked McCartney if he still remembered it. McCartney confirmed, and thus ushered the birth of “Michelle”.

Connection with The Beach Boys

The Beatles and The Beach Boys traded creative inspiration, especially when Brian Wilson was spurred by the mindblowing compilation of Rubber Soul. Wilson went on to say that he loved and cherished the album, and it became his benchmark for the creation of Pet Sounds. This, in turn, had the Beatles wanting to do more with the then-upcoming album Revolver.

The Answer Is Love

Before the Beatles’ massive love anthem “All You Need Is Love”, John Lennon said that he first imprinted the band’s material with the motif on Rubber Soul’s “The Word”. Lennon felt like the answer to everything was love, in that even the good and the bad things that happen all had something to do with it. He further expressed that love was the underlying theme of the universe.

Prior to the creation of Rubber Soul, John Lennon had already laid the foundation for “What Goes On”.  When the time came that the song was needed, they scrambled to get it completed. Surprisingly, it can be noted that Ringo Starr shares songwriting credits with the creative duo. This happened when Starr was made to listen to the multi-track demo of the song, and pitched his ideas in the last minutes before recording the song.

Rubber Soul is the first Beatles album that didn’t have the Beatles branding on the sleeve. This was because the band’s popularity was enough for them to be recognized by anyone. They deserved it, though, as they had been always reaching out to the masses to buy their albums, and Rubber Soul saw the memory of the band imprint to the world for the first time ever.