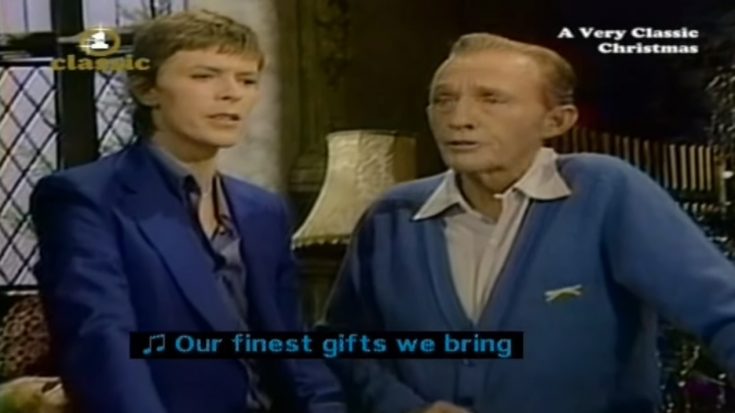 Crosby died at the age of 74, just five weeks after recording the Christmas special, however, succumbing to heart attack on the 14th of October while playing golf. Titled Bing Crosby’s Merrie Olde Christmas, the special became a tribute for the iconic singer, aired on November 30, 1977 in the US, and on Christmas Eve at the UK. Five years later, on November 27, 1982, the song was finally released as a single on the 7-inch format by Bowie’s label, RCA Records.

A recreation of the iconic video was done by Will Ferrell and John Reilly on 2010, with an exact replication of every word uttered on the original release, even sporting the same look and accents for extra jazz. Take a gander at both versions by checking the video below!