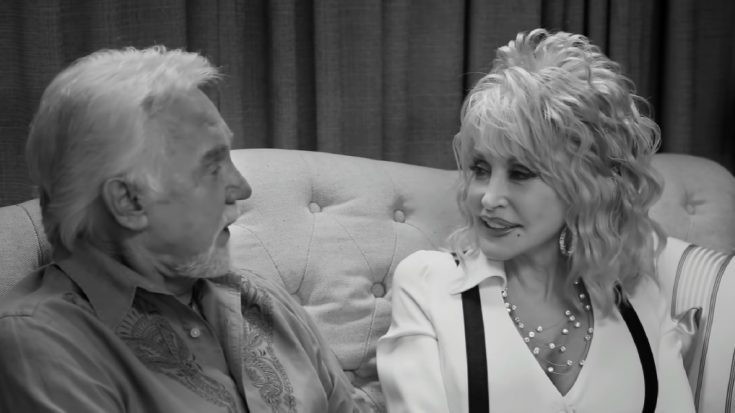 Oftentimes, we come across some of the most iconic duos in music. We have John Lennon and Paul McCartney, Paul Simon and Art Garfunkel, or Mick Jagger and Keith Richards. These collaborative friendships happened for a similar cause: they have to group for them to sustain their massive popularity. But this isn’t always the case; some duos, like Kenny Rogers and Dolly Parton, share their love for music mainly because they’re soulmates. Below are some of the facts from the duo’s lovely partnership.

Dolly was the missing element needed to complete “Islands in the Stream:”

Bee Gees, who wrote the hit, initially had Kenny Rogers in mind, but when the musician performed the song, it wasn’t catchy nor impactful. Parton, who happened to be near the L.A. recording studio where Rogers was, went and help with it. The rest is history.

Their friendship is often scrutinized in the media for being “too close:”

The best friendships often come unexpectedly; that’s what Rogers and Parton have. At the start of their friendship, tabloids would often suspect that the two were having an affair – judging from their closeness. Over the years, they have rejected that claim: “We didn’t want to ruin a good friendship,” Rogers said in an interview.

Their respective spouses were more than fine with the duo’s friendship:

If there are people who are given the right to judge Parton and Rogers’ friendship, they would be their respective life partners. But, throughout Parton’s marriage to his only husband, and Roger’s 5 ex-wives, all of them were comfortable with the duo’s friendship.

Parton claimed that she and Rogers were “soulmates:”

Throughout their friendship, the two were constantly asked with what’s their real-score regarding each other. Parton answered beautifully, saying that Rogers is his soulmate. “There’s different kinds of soulmates,” Parton said. “But, it’s like, with Kenny, I just see him and I smile.”

Rogers’ favorite memory of Parton was something to do with his funeral:

Every person has that one lovely memory of their friend that they cherish the most. With Rogers, it was during the recording of “You Can’t Make Old Friends,” a song that truly sums up the duo’s friendship. At some point in the session, Parton went inside Roger’s booth, then “she put her arms around my neck and said, ‘Kenny, I think you should know, I could never sing at your funeral.’” The hindsight is sentimental to look at.