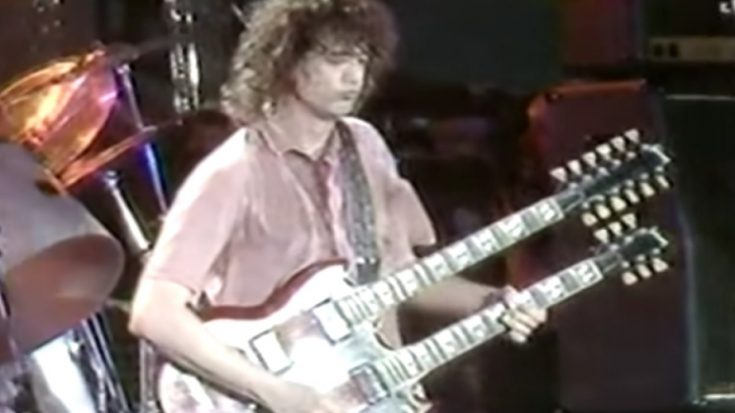 The famous Live Aid concert to fight off famine in Ethiopia was a historical moment for humanity that wanted to make a difference in this world and to see the greatest artists present songs on-stage. The fruitful event bore some of the best performances that the audience witnessed in the course of their lives.

On another note, the concert also became a leeway for some of the biggest bands to finally join one another on stage after their unfortunate dissolution. The Who, Crosby, Stills, Nash & Young, as well as Black Sabbath, were the ones who made up and gave the people the best show that they deserved. But, unlike others, the most awaited reunion would probably be handed over to Led Zeppelin, which, after 5 years since drummer John Bonham died, would turn out to be their first-ever reunion of the remaining members since his unfortunate death.

You’d think you can expect an epic performance from this one, but it became epic for a lot of different reasons that you didn’t sign up for.

The Live Aid reunion of these rock gods became the worst one for them. Drummers didn’t get the right beat, Robert Plant’s voice was tired from all the previous gigs he did, Jimmy Page’s guitar wasn’t tuned right, and John Paul Jones, well, he was alright. Nevertheless, their 3-song set performance was not bound to fail, since towards their final song “Stairway To Heaven”, everything else seemed so right about it. Jimmy Page, in particular, still brought the performance to its highest heaven it could reach, delivering those fiery riffs, and a miraculous guitar solo that made up this reunion a timeless gift that we all needed during this time.