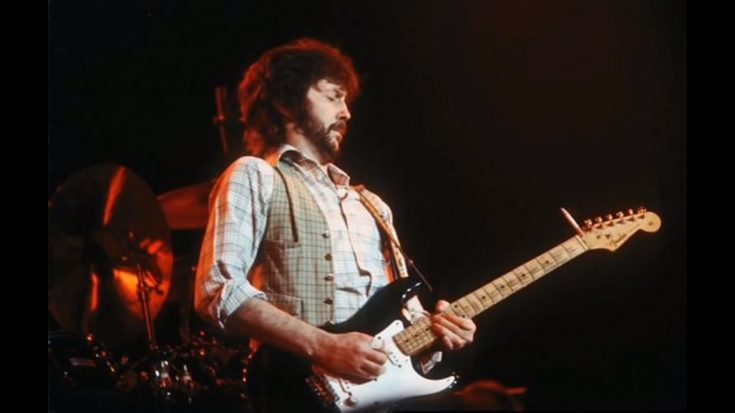 Not only is Eric Clapton one of the greatest solo musicians of all time, but he has also played in a number of legendary bands that shaped the music of today. The guitarist’s resume includes stints with the Yardbirds, Cream, Blind Faith, and inside, and he’d performed and penned several classics inside.

Clapton played with several different bands until he tumbled upon The Yardbirds. Here’s how he got in from the group that kickstarted his career as a wondrous musician in the industry.

The original Yardbirds are Keith Relf, Paul Samwell-Smith, Top Topham, Jim McCarty, and Chris Dreja. Samwell-Smith and Relf were both members of the band Metropolitan Blues Quartet. Eventually, Topham, McCarty, and Dreja joined the other musicians to form the Yardbirds’ earliest version.

“In a matter of weeks, we went from being a warm-up band to being the main attraction,” Chris Dreja said in an interview for the book, Led Zeppelin: The Biography.

As fame began to grow for the group, so was the desire to kick things up a notch. However, there was one person who held them from making quality music: Top Topham. Apart from that, Top’s parents thought that their song was “too young” to join the group, so it was unanimously agreed that he’d be replaced with someone more mature and with a lot of expertise in the field. Enter Clapton, who was introduced by Giorgio Gomelsky, the manager of the Yardbirds.

In October of 1963, Clapton officially became a member of the blues-influenced rock and roll band with whom he remained until March of 1965. Clapton quickly became one of the most talked-about guitarists in the British music industry after forging a unique style that synthesized influences from Chicago blues and top blues guitarists like Buddy Guy, Freddie King, and B.B. King. Then, the rest is history.

After Clapton left, he was replaced by fellow rockstar legend, Jeff Beck. Then the latter was eventually replaced by Jimmy Page – making the Yardbirds the only group to handle three of the iconic musicians of all time simultaneously.