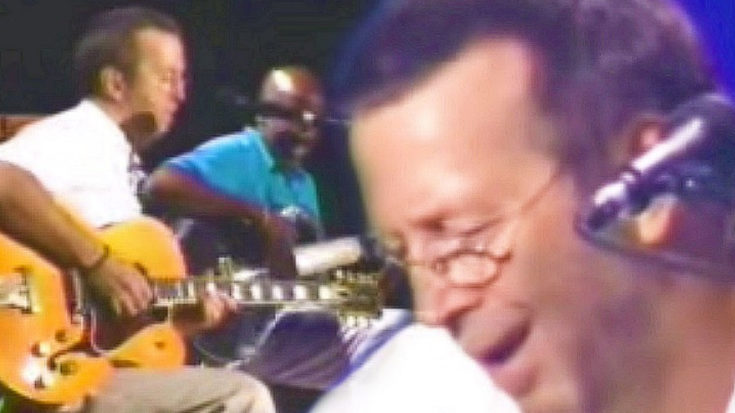 At 70 years old, Eric Clapton’s seen a great deal of sadness and had to bear grief too strong to put a name to. However, there are moments where we get to see a man who has not only weathered the storms, but come out better for having weathered them; this 2001 performance of ‘Somewhere Over The Rainbow’ is one of those moments! Featured in The Wizard Of Oz, it’s the ultimate in feel good, optimistic songs and Clapton’s unique, jazzy spin on this classic lets us know that these days, he’s doing alright.

It’s carefree without losing the original rendition’s childlike, sentimental quality that always seems to make us long for simpler times, yet it’s mature enough to captivate those who may have thought it to be a little too childlike.

Fun Fact: ‘Somewhere Over The Rainbow’ is the #1 song of the 20th century.

This is hands down one of our favorite Clapton performances! The final song of the evening during his 2001 tour, ‘Somewhere Over The Rainbow’ gave us a fantastic glimpse into the childlike Eric Clapton who still believes in happy endings and that no matter how bad things look, there’s always room for things to get better – if you just go a little further beyond the rainbow. This is one you don’t want to miss!