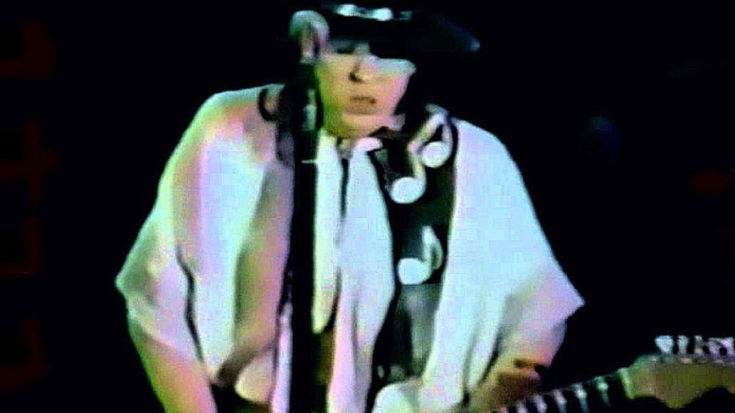 “You’re Goin’ Way Out On That Boot Hill…”

No one knows the precise origins of ‘Boot Hill,’ but one thing’s for sure: Texas blues legend Stevie Ray Vaughan took this song with no real roots and made it his own! Featured on his fifth and final album The Sky Is Crying, ‘Boot Hill’ was cushioned in between some of Stevie’s bigger hits during his 1983 show at Washington, DC’s Wax Museum, and got the crowd warmed up nicely for the rowdy ‘Love Struck Baby’. Don’t worry, though; for being a slightly slower song, Stevie’s performance of ‘Boot Hill’ is still high energy and features that over the top brand of guitar playing we’ve come to love and expect!

Fun Fact: Stevie wasn’t the only boy out of Texas to tackle ‘Boot Hill’! Texas blues legend Johnny Winter is also known for his rendition of the song.

Oh man, what a performance. Despite being at the tail end of his first major tour with Double Trouble, Stevie pulls out all the stops for his Wax Museum audience, never one to disappoint. ‘Boot Hill’ may be a song that doesn’t have a real home of its own, but Stevie Ray Vaughan always had a fantastic way of taking songs like that and with his own unique approach to the blues, giving them a new lease on life.