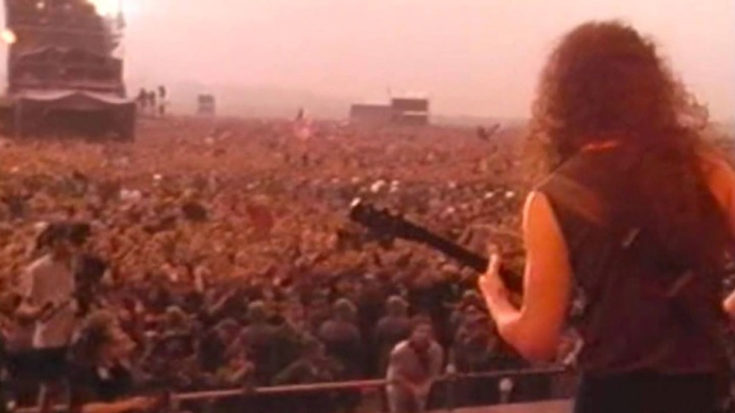 Metallica Slaying It At Monsters Of Rock Moscow 1991

Now these were the good ol’ days of metal. And you know what? There might not ever be an event like this one ever again. As you can see, there is literally a sea of people to the point where it goes all the way through the horizon.

Towards the end of the Cold War, and to have a U.S. band in Russia at this time? One might say that is absolute insanity. But rock knows no language, race, or nation.

Here we have metal rock legends Metallica performing “Enter Sandman” to a crowd of 1 million plus.

Some crazy things happen when you put that many people in one place. And you know what? Even crazier when you put a bunch of metal-heads together! There’s no doubt that rock and heavy metal music speaks all languages and can connect any culture to another to unite as one. See it for yourself.