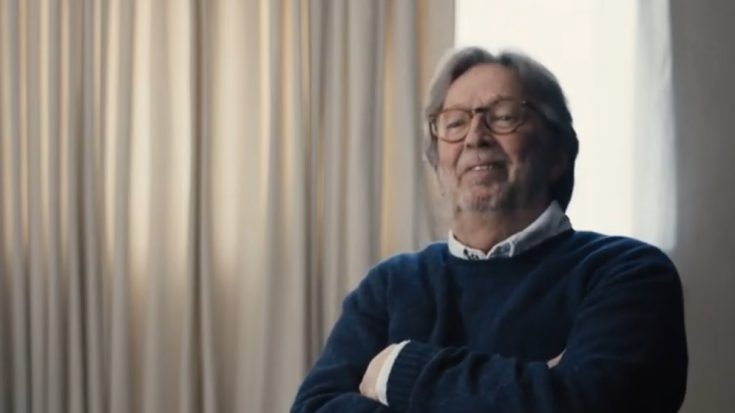 Eric Clapton is part of the Bee Gees documentary, How Can You Mend a Broken Heart, as the guitarist can be seen in a teaser clip for the film. It is set for release on December 12 on HBO Max, while on-demand and home-video versions will follow soon.

The particular scene sees the band in a period where they began to use falsetto vocals that became their signature sound, later on, augmenting their exploration of funk music in the process. Maurice and Barry Gibb talk about the 1975 song “Fanny (Be Tender With My Love)” and how the album it came in, Main Course, became a pivotal piece in the band’s career.

Clapton then appears, astonished with his influence on the work. “If that was something that was initiated by me, [it’s] one of the great things I’ve done in my life!” he said.

Frank Marshall, the movie’s director, said: “Like so many people around the world, I’ve loved the Bee Gees’ music all my life. But it wasn’t until I did my first interview with Barry, almost three years ago, that I began to discover their uncanny creative instincts, their musical gifts, their humor, and the brotherhood and family that made them so unique.”


Film producer Nigel Sinclair added, saying: “Barry, Maurice, and Robin Gibb’s talent made an extraordinary impact across five continents over five decades, and their legacy will be felt for generations to come. It is an incredible privilege to be able to bring the Bee Gees’ story to cinemas, where audiences can experience the world these superstars created on the big screen, hopefully providing a welcome escape from the difficult times we are all currently living.”