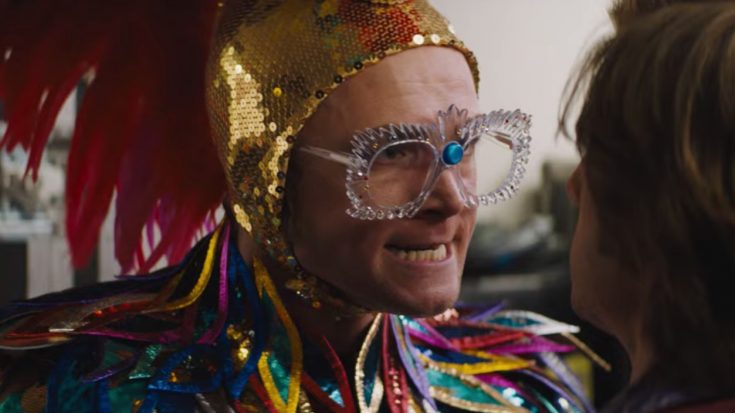 The season for rock & roll biopics is in full-affect and it all started with the massive world-wide success of the long-awaited Freddie Mercury biopic ‘Bohemian Rhapsody’. Now, several rock biopics are either about to be released or are still in production. Mötley Crüe just dropped the trailer for their long-awaited biopic ‘The Dirt’ and others are being made for artists such as Prince, David Bowie, and John Lennon among others.

Then again, we all know which one is really going to steal the show, and that’s the one about the man, the myth, the legend, the one and only Elton John.

It was just a little over 4 months ago when the first teaser for ‘Rocketman’ was released and it sent fans into a frenzy. Actor Taron Egerton, who is portraying Elton in the film, wowed viewers not only with his stunning resemblance to Elton, but also by his surprising singing ability.

Needless to say, fans all over the world agree that Taron is the perfect choice to have play Elton. Now, we have further confirmation of that thanks to the stellar second trailer that was just dropped this morning.

Below is the 2nd official trailer for ‘Rocketman’ and as you’ll see, this trailer contains scenes that are funny, sad, exciting, and tragic, which surely tells you how the movie is going to play out. As the film itself says, it’s based on a true fantasy.

Check out the trailer below and let us know what you think!