Elton John Talks About His Friendship With Freddie Mercury 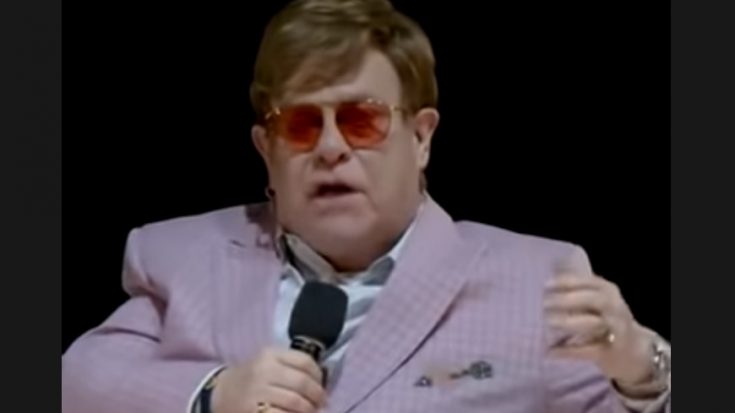 Elton John in a promotional event for his book, Me - QueenFanOfficial / Youtube

In a promotional release of his new book, the autobiography Me, Elton John couldn’t help but reminisce about his friendship with the late Queen frontman, Freddie Mercury. This happened during a one-off event called An Evening With Elton John at Hammersmith’s Eventim Apollo, hosted by David Walliams.

One of the memories that he brought up was that of the epic performance of Queen at 1985’s Live Aid, saying, “I was at Live Aid and when we did Live Aid I had this big area built backstage which everybody could come and have a drink at, all the artists on the show. I went on before Queen and I wore this ridiculous kind of hat. Freddie came back and they’d completely trounced it!”

“I said, ‘Well, nobody needn’t go on now Freddie, you’ve just completely and utterly swept the board and you were absolutely brilliant’. He said, ‘Yes darling, we were… and what were you wearing? You looked like the f*****g Queen Mother!’ And I did,” John continued, humoring himself in the process.

Elton John also talked about Mercury’s AIDS diagnosis and what it did to him, in which he became emotional. You can watch the full interview by clicking on the video below.