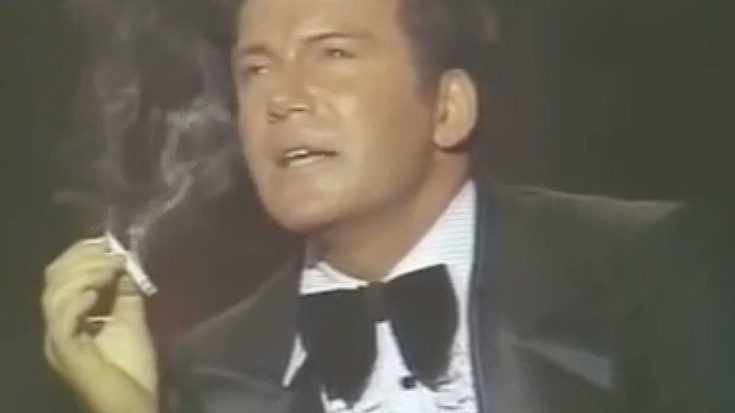 Still A Rocket Man After All These Years

William Shatner didn’t just sing songs. Actually, let me clarify:  he didn’t sing them at all – he delivered them in this melodramatic spoken word format that often left people wondering as to whether the Star Trek legend was joking, reduced to tears of laughter and horrified cringes when they realized that Shatner was, in fact, serious.

At this point we’re sure you’ve all heard his interpretation of Bob Dylan’s “Mr. Tambourine Man” and The Beatles’ “Lucy In the Sky with Diamonds,” but the real magic happened during the 1978 Saturn Awards when Shatner, tasked with hosting the show, was introduced by Elton John songwriter and collaborator Bernie Taupin and launched into his now iconic performance of John’s “Rocket Man”.

Sporting his tuxedo and a cigarette that never seems to burn down to the filter, Shatner delivers a dramatic interpretation of “Rocket Man” that to this day can only be described as a cult classic  – passed around the internet every few years as people watch it to see if it’s as funny as it was nearly 40 years ago, only to discover that yes, it absolutely is. Still as cringeworthy and hilarious as ever, check out William Shatner’s most iconic performance in the video below – enjoy!