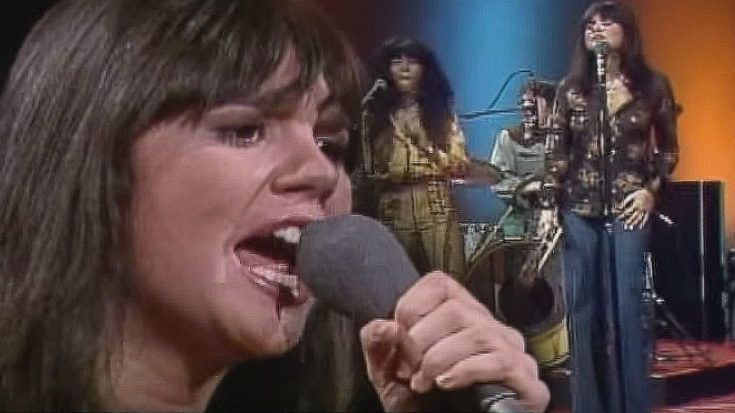 The man in the song may be ‘no good,’ but 70s heartthrob Linda Ronstadt is definitely one of the best! Already at the height of her game, Ronstadt’s career exploded when she appeared on The Midnight Special to promote her new, career defining album Heart Like A Wheel and the album’s breakout hit, ‘You’re No Good’ – originally recorded in 1963 by Dee Dee Warwick and given a new lease on life with Ronstadt’s soul infused brand of rock and roll. If anyone needs proof as to why Linda Ronstadt was the highest paid woman in rock and roll, this performance is it: she was beautiful, with an unbelievable voice and a fantastic gift for selecting some of the best musicians to make up her backing band.

While Ronstadt’s roots were originally pretty country and folk inspired – as noted by accidental Midnight Special guest host Jose Feliciano – she wasn’t afraid to venture into the world of funk infused rock and roll. With a voice like that, though, we doubt that there’s anything Linda couldn’t do and succeed at!