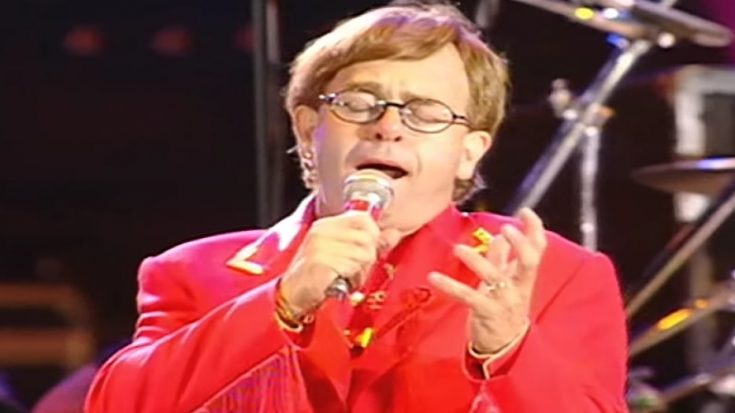 The treasured Freddie Mercury Tribute Concert back in 1992 was one of the unforgettable moments in the music scene. Attended by 72,000 concertgoers with a global TV audience of up to 1 billion, the historical time to pay respect to the life of the greatest singer from Queen was joined by some of the well-known musicians in rock.

Among the highlights of this event was the amazing rendition of the song “The Show Must Go On” by Elton John. The singer was also joined on stage by the founding members of Queen, as well as Black Sabbath’s Tommy Iommi, who provided some amazing guitar riffs with Brian May.

Elton didn’t hold back in executing Freddie’s song, as he reached the highest notes on point with his astounding vibrato and control. He sang it like how Mercury would’ve wanted him to sing it: full of passion and intensity. Per usual, Queen delivered one of the best arrangements of the night, expressing their gratitude for Freddie through this song.

The audience throwing their fists in the air and singing signifies how much impact the late singer had on them. It was something that will never be forgotten for many generations to come.