Elton John and Taron Egerton’s “Your Song” Duet is as Heartwarming as it gets! 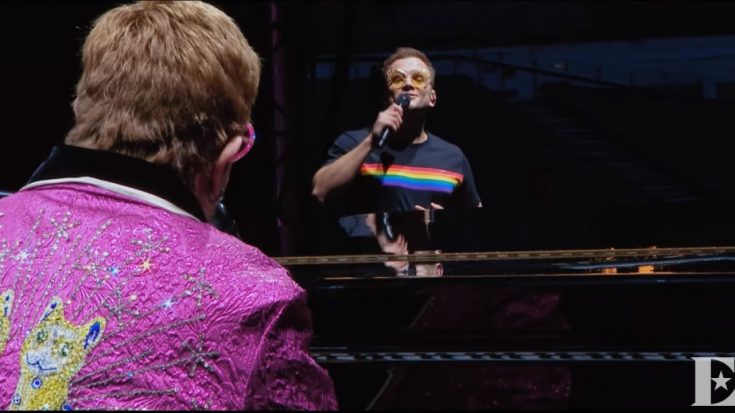 Elton John and Taron Egerton for a duet of Your Song, June 2019 - Elton John / Youtube

In light of the Elton John musical biopic Rocketman’s release, accompanying teasers featuring Taron Egerton’s version of “Rocket Man”, and performances of the Elton and Egerton themselves in a duet for “Tiny Dancer” have surfaced in the recent weeks. Rocketman saw successful box office figures from the late May theatrical release, with $100 million in overall ticket sales.

A recent live footage has been released, from Elton John’s 95th show of his Farewell Yellow Brick Road tour in Hove, UK. Elton John in his elegant purple robe, began to share his biopic’s journey, and announced a special guest to join him on stage. Elton John said, “And tonight, I’m gonna bring out me!” Elton was definitely referring to Taron Egerton, who plays him in the Rocketman biopic. Egerton walks onstage and greets Elton with a warm hug, and wearing what seems to be a Pride shirt. This is the first time Elton John has been joined by a special guest onstage ever since the tour started in September 2018.

Click on the video to watch the heartwarming duet between the two artists below!