Fans Thought This Was Just Another Street Musician. Then They Got A Closer Look – Holy Cow! 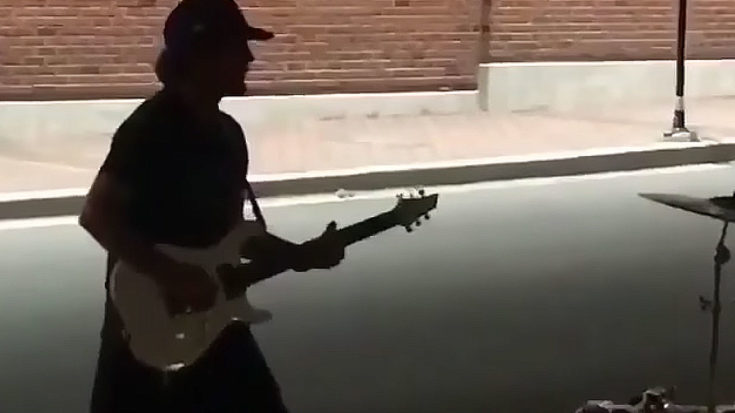 Is That Who We Think It Is?

Hang around outside Wrigley Field long enough after a game and you might see something interesting; artists, street musicians, the lead singer of your favorite band – the sky’s the limit! That’s exactly what happened earlier this year when a man was caught on tape joining a group of buskers delivering an impromptu performance outside the stadium; he picked up a guitar and started to jam with them, drawing a small crowd that began to cheer when they realized that this wasn’t just some random musician who really, really liked Pearl Jam’s “Corduroy,” but Pearl Jam frontman and resident Cubs fan Eddie Vedder.

Fun Fact: Vedder attended many of the Cubs’ 2016 playoff games and was in attendance, along with fellow Cubs fans John Cusack, Bill Murray, Bonnie Hunt and Craig Gass during the Cubs’ historic Game Seven victory during the 2016 World Series.

Born in the Chicago suburb of Evanston, IL, it’s no surprise that Vedder was hanging around Wrigley Field – after all, he was one of The Cubs’ most vocal supporters during the run that saw them win their first World Series in 108 years  – but imagine the surprise of not just the fans that caught him on camera but the band he joined, The Royal Outsiders, who likely never expected to be joined by one of Chicago’s favorite sons, much less get to actually jam a Pearl Jam tune with him. Pretty fun stuff that speaks to Eddie Vedder’s humility and genuine love for his hometown, and it’s a video you’re bound to get a kick out of. Check it out just below this article and as always, enjoy!