50 Years Ago: The Beatles Say Goodbye With One Last Explosive Rooftop Concert 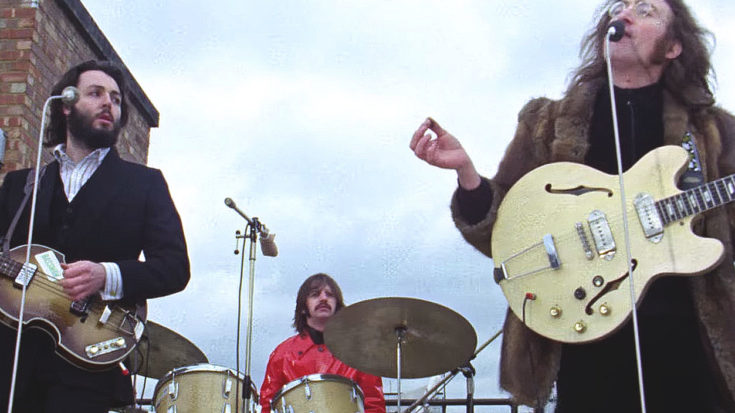 50 Years Since The Final Goodbye

It’s hard to believe that it’s been 50 years since The Beatles said goodbye with their final – albeit explosive – public appearance, perched atop Apple headquarters in London.

We loved them from the very start; from that first appearance on The Ed Sullivan Show in 1964, Beatlemania was a very real thing across the world and it seemed like no matter where you were from or how remote your part of the world may have seemed, you were still caught up in the flurry created by the Fab Four.

In January 1969 The Beatles delivered what was to be their final public performance; they’d planned on doing a live show during their Get Back sessions but it wasn’t until days before the actual event took place that the idea of performing on the roof of Apple headquarters really came together.

Late Beatle George Harrison explained in the liner notes for The Beatles’ Anthology,

“We went on the roof in order to resolve the live concert idea, because it was much simpler than going anywhere else; also nobody had ever done that, so it would be interesting to see what happened when we started playing up there. It was a nice little social study.

We set up a camera in the Apple reception area, behind a window so nobody could see it, and we filmed people coming in. The police and everybody came in saying, ‘You can’t do that! You’ve got to stop.'”

With a 5-song set list that included “Get Back” and “Don’t Let Me Down,” The Beatles did a total of 9 takes live from the rooftop before London’s Metropolitan Police Service was dispatched to break up the concert, citing “noise complaints” from tenants on the same block.

The concert effectively signaled the end of an era for both the band and their fans; despite Abbey Road’s release in September of that year the band had unofficially disbanded, never to reunite as a 4-piece again.

While there’s a slight note of sadness to The Beatles’ final public appearance, there’s a note of something electric, too. In a way, they left us the same way they found us; in absolute chaos and unable to make heads or tails of our emotions and somehow, we wouldn’t have it any other way.