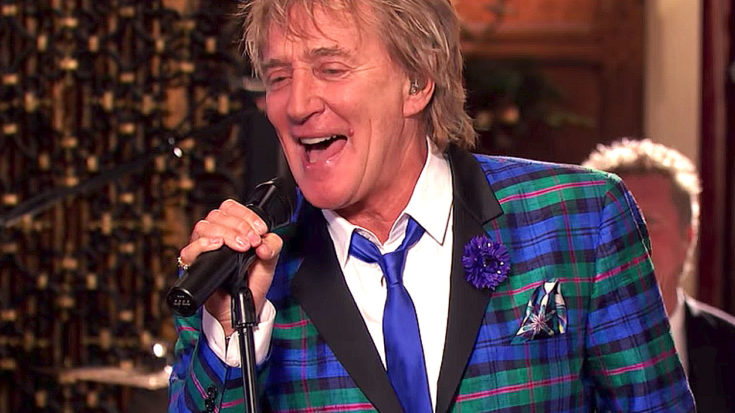 If you’re reading this, then it’s officially January 1st, 2019 where you are and what better way to celebrate a clean slate and all of our collective hopes and dreams for the year ahead than with Sir Rod Stewart himself? It doesn’t get any better than this as Rod, flanked by a small choir, dazzles an audience of concertgoers holding hands as he rings in the new year in pure, unadulterated style with “Auld Lang Syne” – but it’s not all pomp and circumstance as Rod and his captive audience warmly thank the stars for letting them see another year, not by a long shot.

Fun Fact: Well known in many countries, “Auld Lang Syne” is a Scots poem set to the tune of a traditional folk song, traditionally used to bid farewell to the old year at the stroke of midnight on New Year’s Eve.

A traditional Scots poem set to the tune of Roud #6294, “Auld Lang Syne” wouldn’t be complete without a set of bagpipes beautifully highlighting the magic of the moment and the added touch of the guitar solo that kicks off right around 2:16 beautifully blends together Rod’s own rock and roll roots with the heavy tradition attached to a song known well around the world.

It’s been a long, crazy year and it’s finally over, and we can begin anew with high hopes for an impossibly bright future; wherever you are, join us in raising a glass and putting an arm around someone you love and singing along – you’ve earned it. Happy New Year!