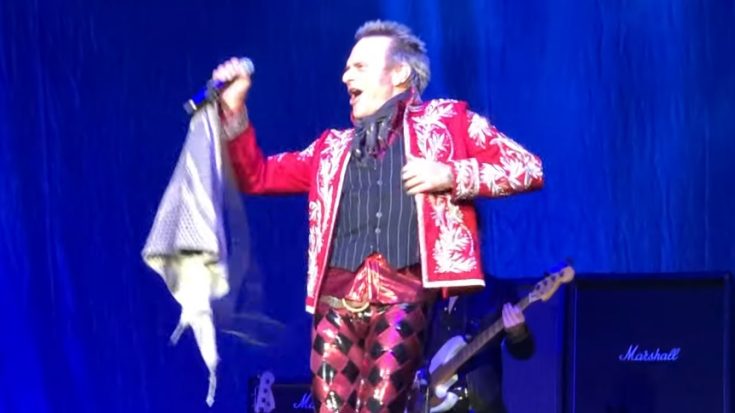 With musicians out of the game in terms of live shows during the current pandemic setting, David Lee Roth redirects his energy into a newfound craft: painting.

The Van Halen frontman says he’s doing comics, with allusions to the present situation in the flavors of reflection and satire. “Social commentary is what I do. It’s what I’ve always done,” Roth said in an interview with the New York Times.

He also insisted on his eye for art, saying, “My hand has always been in wardrobe, background sets, stage sets, album covers, video direction. This is part of it. And there’s craft involved, so there’s a little bit more heft to some of the statements.”

Just before things went into lockdown, Roth was busy supporting KISS for their North American tour, where he encountered an undisclosed illness in the process. “I’m not so unconvinced I didn’t have the corona. Man, they gave me enough prednisone to put boots on the moon! We left a trail of groupies, rubble and incandescent reviews. But I don’t want to go back through it,” he said.

He also shared his exasperation over America’s leaders further adding to the damage of COVID-19 with the way they’re handling things, saying, “I sure wish our country had taken a Marine Corps approach to Covid. Instead of [creating] a divide, good or bad, right or reasonable, wrong or otherwise.”

Roth also shared how him fronting Van Halen again would ultimately depend on Eddie Van Halen’s decisions. “I don’t know that Eddie is ever really going to rally for the rigors of the road again. I don’t even want to say I’ve waited — I’ve supported for five years. Because what I do is physical as well as musical and spiritual — you can’t take five years off from the ring. But I did. And I do not regret a second of it. He’s a bandmate. We had a colleague down. And he’s down now for enough time that I don’t know that he’s going to be coming back out on the road. You want to hear the classics? You’re talking to him,” he clarifies.

Until then, Roth will be spending his days making art. “This is performance therapy. I’m venting. I’m angry. And I am not asking for forgiveness. And this is how I do it,” he shared.