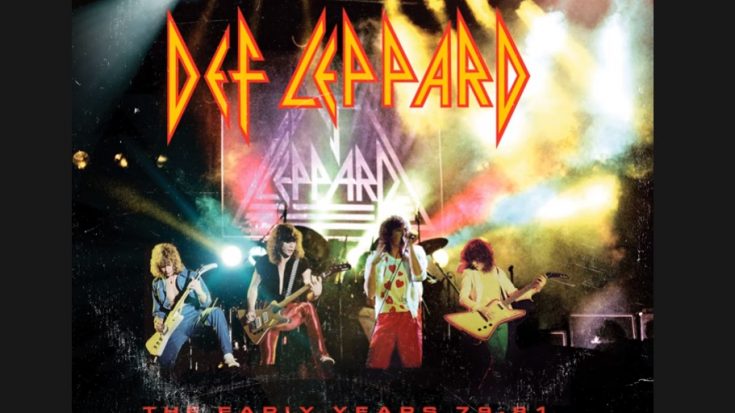 Def Leppard has just released a previously-unheard version of their juvenile era song, “Glad I’m Alive”. The song is part of their newly-released box set, The Early Years 79-81, which was released on March 20.

The song was one of the four tracks recorded during the sessions for their debut single, “Wasted”. All four of these songs will also appear on the new box set.

In a press release statement, it says that Def Leppard is “one of only five rock bands with two original studio albums selling over 10 million copies in the U.S. On Through the Night, the band’s debut album, was released in 1980 and immediately put the rock world on notice. … High ‘N’ Dry, the first of Def Leppard’s albums to be produced by Robert ‘Mutt’ Lange, was released in 1981. It reached No. 26 on the U.K. charts and No. 38 in the U.S., further cementing the bands status. Inside the box are a history of the albums … featuring personal insights from the band on the making and releasing of those early records as well as rare photos and memorabilia.”

Joe Elliot says that the early years of the band didn’t try to hide any imperfections. “If you peel through the curtain of uncertainty that was my voice back in those days, you can hear the beginnings of a really great band,” the frontman concluded.