Dave Grohl Revisits His Story Of Ozzfest 1998 With Pantera 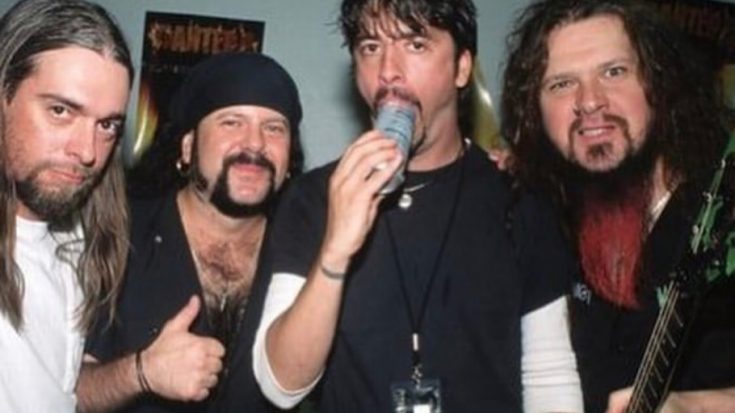 Coping with the recent isolation orders in the midst of the coronavirus pandemic, Foo Fighters frontman Dave Grohl has made a Dave’s True Stories segment to share some of his encounters in the past. In this particular story, Grohl recalls his memory of a time when his band and Pantera played in 1998’s Ozzfest – with a road trip that didn’t end well.

The Foo Fighters were tasked to fill in for Korn on a stage mostly comprised of heavy metal bands, and had to follow Pantera’s set as a result. Grohl said that Pantera’s set was second to none, and that they owned their set. “Unfortunately, that euphoric feeling immediately disappeared the second they finished and the crowd roared like a blood thirsty Roman coliseum. We were dead meat. Dead. F**cking. Meat,” he wrote.

After their set, Grohl hung out with Pantera backstage, saying, “Anyone who ever had the honor to hang out with Pantera knows that it was not for the faint of heart. First of all, there was never a band more welcoming, more hospitable, more down to earth than Pantera. It didn’t matter who you are, what you did, where you were from, they would welcome you in, stuff a beer in your hand, a shot in your mouth, and make you laugh harder than you’ve ever laughed before (until you wound up barfing it all back up and having the most soul-crushing hangover of your life the next morning).”

As they were leaving, Vinnie Paul handed him a business card, an invitation essentially to Pantera’s strip club, The Clubhouse. “‘Dude, next time your in Dallas, you gotta come by the Clubhouse.’ I looked at the card, and to my amazement (but not surprise) they had THEIR OWN STRIP CLUB. Now, some rock stars have expensive cars. Some have castles. … But, a f**king strip club? That takes the cake. That’s like me owning a Starbucks coffeeshop. Danger,” he continued.

The whole narrative can be read on the dedicated Instagram page of Grohl’s stories, which can be accessed below.