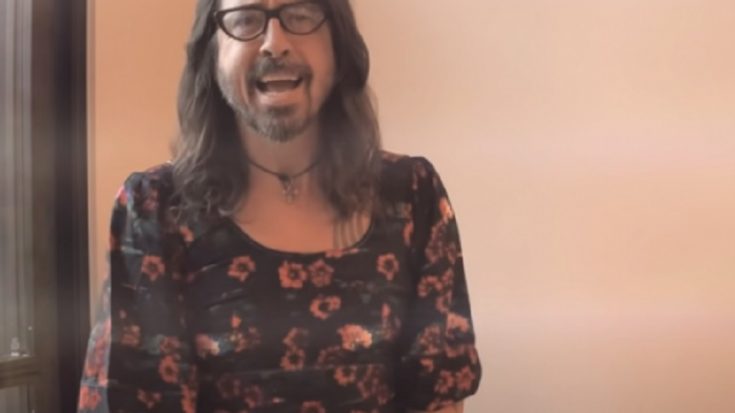 Looks like Dave Grohl’s fans have something to look forward to with another edition of his “Hanukkah Sessions,” along with producer Greg Kurstin and to feature several Jewish artists’ work per week.

The session started on the night of Hannukah, which began on November 28 and ends on December 6; it follows the eight-night celebration of the festival of lights. Grohl admitted that the project which started from a “silly idea” turned into something that represented much more from the singer. “It showed me that the simple gesture of spreading joy and happiness goes a long way, and as we look forward, we should all make an effort to do so, no matter how many candles are left to light on the menorah,” the musician said.

To start the night, Grohl and Kurstin decided to create a twist on Lisa Loeb’s “Stay (I Missed You)” by giving in the soft-rock mood with elements of death metal. The frontman, wearing a tight floral dress, started the show on a tender note, until the chorus, which became full metal goodness. Grohl proceeded to switch tones until the song’s end.

The project, which initially started back in 2020, featured the song of a famous Jewish artist per night, including Bob Dylan, rapper Drake, the Velvet Underground, the Beastie Boys, and many more. Avid followers can look forward to the musicians’ cover this week.