The Dark Story Behind “I Walk On Guilded Splinters” by Dr. John 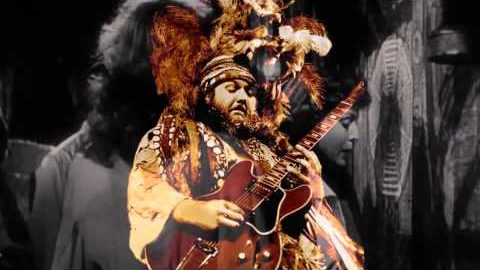 New Orleans has been known to be the place of birth of jazz and blues, but it’s also notorious for its traditional hair-raising voodoo culture. Before New Orleans singer Dr. John Creaux became a house hold name in the world of psychedelic rock music, he was already an established producer and session musician better known as Mac Rebennack which is his real name. When he caught the psychedelic rock bug at the age of 28, he started performing under the pseudonym Dr. John the Night Tripper, a name based on a 19th century healer called Dr. John Montaine, who also claimed to be an African monarch.

“I Walk on Guilded Splinter” is a song from Dr. John’s 1968 debut album “Gris-gris”. The fusion of New Orleans signature R&B sounds and psychedelic music produced this track that is creepily mysterious and fascinating. It’s been since covered by great artists such as Cher, Humble Pie and the Allman Brothers Band.

The entire artistry of the song, the album, and even Dr. John himself all centers on voodoo culture. The name “gris-gris” is a reference to a voodoo amulet. Dr. John Montaine was said to be a 19th century voodoo healer and potions brewer. Dr. John himself has stated that the song’s title was based on a traditional voodoo church song, with the term “gilded splinters” referring to the points of a planet in voodoo culture. The concept of the album was developed around the New Orleans folklore character, the “Night Tripper”.

Legend has it that “I Walk on Guilded Splinters” was proven to be authentic enough to be used in actual New Orleans voodoo rituals but more so as a trip for psychedelic drug users, with Dr. John taking hippies into a dream-like trance by the end of the song’s 7 minutes and 43 seconds.