The Dark Story Behind ‘Smoke on the Water’ You Never Knew 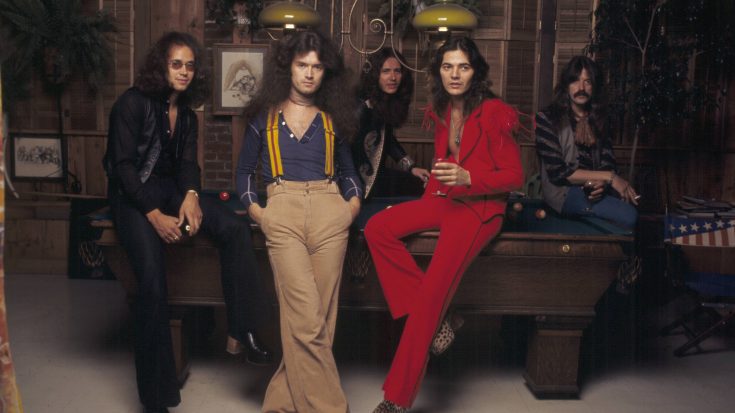 The creation of one of the most memorable songs of hard rock is more disastrous than you think.

When the intro guitar riff of this song plays, it’s already immediately recognizable. Deep Purple’s 1973 hit “Smoke on the Water” from their album “Machine Head” was the single that put them on the map, having reached number 4 on the Billboard charts upon its release. Its mainstream popularity is reflected in the many accolades it has collected including ranking number 434 on Rolling Stone magazine’s list of the “500 Greatest Songs of All Time” and securing the top 4 spot in Total Guitar’s “Top 20 Greatest Guitar Riffs Ever”.

The irony of the popularity of Deep Purple’s iconic single is the fascinatingly dark and disastrous story behind the creation of the song that not many people know about. It all began when Deep Purple came to Montreux, Switzerland in 1971 to record what was to be their breakthrough album, “Machine Head”. They were to use the Rolling Stones Mobile Studio located at the Montreux Casino where they have performed at previously. Frank Zappa and the Mothers of Invention band were performing one night at the Montreux Casino and Deep Purple was in the audience. The concert was interrupted mid-performance when a flare gun was fired by an audience member and broke fire into the venue’s highly-flammable rattan ceiling. The whole Casino complex was set ablaze prompting the show to be stopped immediately and the audience to exit the concert venue. Thankfully, nobody got seriously hurt but the Casino along with all of Frank Zappa’s equipment and instruments were burned down.

Deep Purple evacuated to the nearby restaurant where they watched the fire die down. Bassist Roger Glover had a eureka moment when he saw a layer of smoke from the fire cover Lake Geneva and came up with the title “Smoke On The Water”. The band then moved on to record their album at the out-of-season Grand Hotel. Even during the chaos of going on outside, the band recorded their first track with the simple four-power chord riff inspired by a classical influence, the intro to the first movement of Beethoven’s Fifth Symphony. Glover and singer Ian Gillan wrote the lyrics of the song that told the story of the chaotic disaster that went on in Switzerland as the band was about to commence their recording sessions. That’s how one of the most popular songs in the history of rock music came to be – if you listen closely to the song, the lyrics is the story in itself.