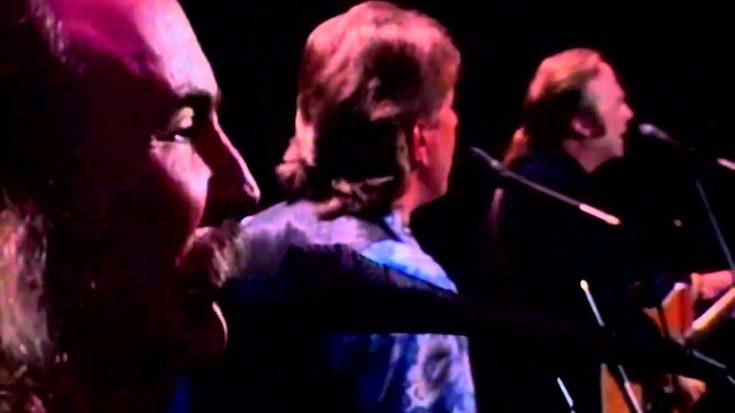 Back in 1991. David Crosby, Stephen Stills & Graham Nash’s The Acoustic Concert gave everyone a chance to see the rock legends in their best selves, as they commemorated the late Bill Graham’s contribution to the music industry. Still, the powerful trio when it comes to harmonization, they awed the many with a night worth remembering.

Among the highlights of the said event was CSN’s “Helplessly Hoping,” a 1969 song from their debut album Crosby, Stills & Nash. Stills, who wrote it, used an ample amount of wordplay and alliteration (word puns with the same letter from the alphabet) to give a simpler sense throughout the whole track. Some of these were “Helplessly Hoping”, Wordlessly Waiting”, and “Stand by the Stairwell”.

The trio gave an exemplary performance that could make the listener shed a tear or two for this one. Seeing it as a tribute to their dear friend, they did a great job at paying their respects to him.

You may take a look at the performance below.