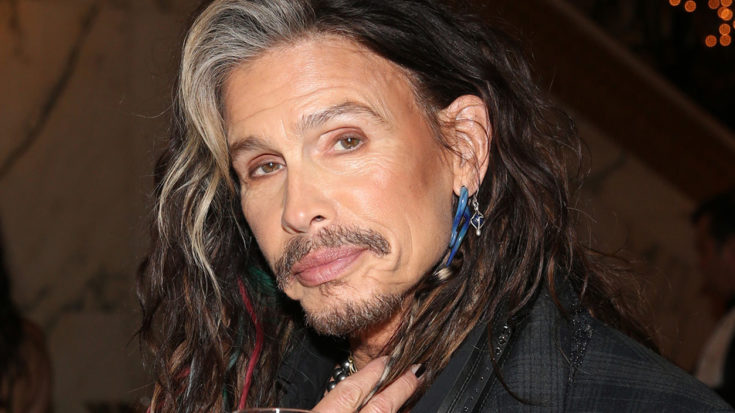 Making love, there’s your perfect ingredient needed for a hit song. What is rock and roll without its steamy lyrics that boast about exploring each other’s bodies? Every rockstar worth his/her salt had proven to be inspired by this type of action, and it’s a common desire to write anything about it without merely spilling the deets of having sex. But, sometimes, vulgarity works too. Check out these 10 classic rock songs about making love.

Stewart’s venture to disco-pop for this song gave him a new wave of fans but was abandoned by his former ones especially when he is known as a hard rocker vocalist from The Faces. Nevertheless, it was a hit in the Billboard charts, peaking at the top spot.

“If you really need me, just reach out and touch me

Come on, honey, tell me so”

“Pour Some Sugar On Me” – Def Leppard

Def Leppard sure did use a lot of subtlety on their most famous song. “Pour Some Sugar On Me” to make sure that MTV allows it on their rounds of airplay. Joe Elliot mentioned something about it in an interview from Songfacts, saying it’s “the metaphor for whatever sexual preference you enjoy.”

Love In An Elevator – Aerosmith

Permanent Vacation was Aerosmith’s own phoenix as they rose above the ashes of conflicts and drug abuse. However, though, their next album Pump solidity their status as a comeback star. One, in particular, “Love In An Elevator” became their tool to elevate back to fame.

“Love in an elevator

You got to love how comically vague Marc Bolan is when he wrote this song that screams about sex. Albeit its wild delivery, the singer made sure to still address the girl as sweet.

Isn’t the song too obvious on what’s it about? Written and sung by Paul Stanley, he claims this to be a “quintessential Kiss track.” This is one of the band’s classic staples on most of their shows.

“You pull the trigger of my

Paul Rodgers did a great job at making a romance song about making love. It is a classic illustration of the deed without the necessity for vulgarity.

“Baby, when I think about you

I think about love”

The list wouldn’t go on without this Seger classic. “Night Moves” catapulted the singer from a regional favorite to an international star.

“Workin’ on our night moves

“Dancing In The Dark” – Bruce Springsteen

This is Springsteen’s biggest hit from his Born In The U.S.A album, and the last one that he wrote to be included in it. Albeit getting inspiration from his writer’s block experience, suddenly, it sprouted into a song about sex.

“They say you gotta stay hungry

Never for once will we ever forget about the guys who taught us all about sex in the rock world. “Brown Sugar” is one heck of a sex song, for hundreds of reasons, but we will not dwell on that matter.

How come you taste so good?”

The greatness of this song dwells from the fact that even Sammy Hagar would enjoy performing this one albeit being a part of the David Lee Roth-era songs of Van Halen. This was the band’s most heavy metal track.

My love is rotten to the core”