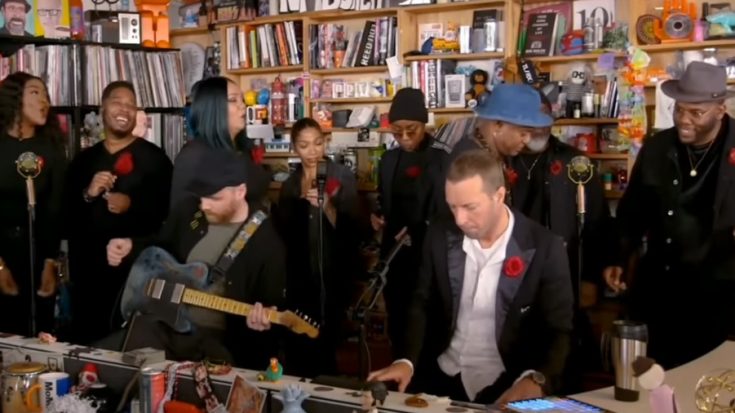 Coldplay’s appearance for NPR’s Tiny Desk Concert was an avenue for them to feature their songs like “Cry, Cry, Cry”, “Broken”, “Champion of the World”, and “Viva La Vida”. Apart from this, they also performed Prince’s “1999”. The band was joined by the nine-piece For Love Choir for the performance.

Three songs from their set – “Cry, Cry, Cry”, “Broken”, and “Champion of The World” are part of Coldplay’s recent album Everyday Life, which was released back in November. Some of the members of the For Love Choir actually joined the band in the album recordings, which frontman Chris Martin noted in the video. “In a very real way, they’ve Photoshopped our songs to be much better than they actually are,” he shared.

The band has also paused the supporting tour for Everyday Life just shortly after its release, saying that they will do so until they can feasibly tour with zero carbon emission.