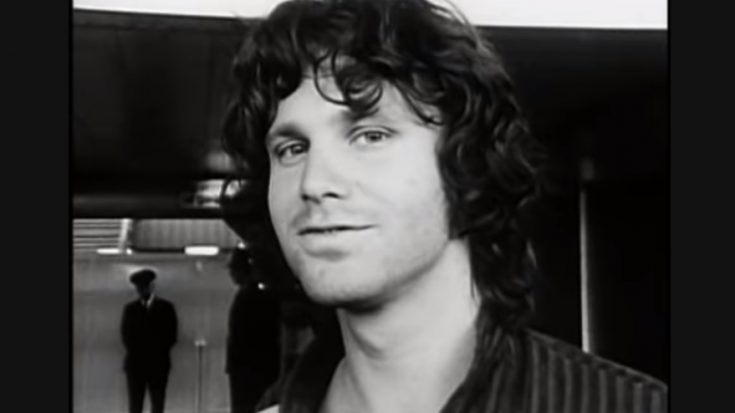 Nothing like a good mystery to tease our brains, right? Well, it depends on how you look at these obscure rock star deaths. In a quest to sate our bones of curiosity, why don’t we try to dig deep into the mysterious departures of these classic rock legends?

The Doors’ eccentric frontman Jim Morrison was known for his impeccable poetry and avant-garde stage antics, but his personal life was shrouded in mystery, and carried it until his death. Morrison died on July 3, 1971, but the world wasn’t informed until the 9th of July, two days after his burial. His death certificate states he died of a heart attack, and his wife Pam claims to have seen Jim cough up blood before his passing. However, Pam wasn’t there to witness Morrison’s actual death, and it is reported that he sniffed heroin, mistaking it for coke, thereby causing his death.

Iron Butterfly’s Philip Taylor Kramer joined the band in 1971, and stayed til its breakup in 1975. While he had relative success in music, he flourished in the tech industry. He became a tech executive after owning a computer company, but amidst this success, something strange happened. in 1995, he suddenly called 911 and threatened to kill himself, and proceeded to proclaim that OJ Simpson was innocent, then hung up. He was supposed to pick up a business associate that day. He was declared missing then, with rumors that his tech company had ties with a congressman, implying national level security was involved. It wasn’t until 1999 that his remains were found in his van, in a canyon by hikers.

The Beach Boys’ drummer Dennis Wilson liked to live his life on the fast lane. Multiple women, drugs and substance abuse, and recreational activities of his pay grade. Wilson was on vacation on December 1983, aboard his yacht, where he binged on booze simultaneously. He reportedly tried to dive and recover some items he’d thrown underwater three years earlier, but drowned in the process.

New wave rock pioneers INXS lost their enigmatic frontman Michael Hutchence to an alleged suicide after depression took in when he was separated from his 16 month old daughter, Heavenly. While the coroner says his death was caused by suicide under the influence of alcohol, rumors began to spread of an accidental death caused by auto-erotic asphyxiation. It wasn’t until two years later that Heavenly’s mother, Paula Yates, pointed to it as the actual cause of death.

Lovingly known as Mama Cass from her time with The Mamas and The Papas, Cass Elliot was one of the most esteemed vocalists of her time, equipped with a phenomenal vocal range. Elliot died on July 29, 1974 in her sleep, and while a popular rumor circulating made it about a ham sandwich choking her, she actually died was from a heart attack due to her obesity that brought complications.

The Temptations’ lead vocals Dennis Edwards led the group through many musical phases, and was instrumental in their success. Edwards passed away in 2018, with his wife Brenda citing meningitis as the cause. Mysteriously enough, the Health Care Consortium of Illinois filed an emergency protection order on Edwards’ behalf before he died. They accused Brenda of trying to smother Edwards by pressing his face against the bed. Before his death, family members noticed Brenda trying to isolate him from them, with the time of his death being legally advantageous for her.

The Rolling Stones’ founder and original member Brian Jones’ death followed after he was fired from the band due to drug and alcohol problems, leading to unreliable and erratic behavior. His death was caused by drowning in a pool, after imbibing so much alcohol on a night of excess. He was reportedly last seen with Frank Thorogood horsing around the pool after the pills and booze set in. Thorogood was spotted by their mutual Janet Lawson, shaking on the edge of the pool, while Jones floated lifeless. Apparently, Thorogood confessed on his deathbed that he did kill Jones, and threatened witnesses to silence them, with the autopsy evidence coming out with no drugs found in Jones’ system that night.

Musical genius and instrumentalist Felix Pappalardi edged out any other producer in terms of skill and musical sense, eventually joining the band Mountain as their bassist. While the band enjoyed success in his care, he departed early due to hearing problems, while keeping busy with womanizing. His wife Gail Collins decided she could take it no more, and shot him in the neck, just after an intimate session with rising singer Valerie Merians. She downplayed it as an accident during a shooting training session, but when police found their marriage certificate ripped in the bin, they didn’t buy it. She served two years behind bars for negligent homicide.

Punk rocker Sid Vicious of the Sex Pistols was under the heat of the case against him for the murder of his girlfriend, Nancy Spungen. After paying bail, he celebrated the event in his apartment in New York City. His mother had heroin delivered to the venue, being an addict herself. Vicious, who had been clean while serving time, overdosed on the drug on February 2, 1979. Before his mother’s death in 1996 though, she claimed she was responsible for his overdose that night.

New York Doll’s bassist Johnny Thunders died of drug-related causes on April 23, 1991. While this may seem “normal”, the crime scene witnesses thought different. He was staying at the St. Peters House in New Orleans, where it was found ransacked, and Thunders was found with rigor mortis already settled in, his body discovered under a coffee table in an unnatural shape. Eyewitnesses claimed he was bent like a “pretzel”, while one says the body bag came out the house in a U-shape.