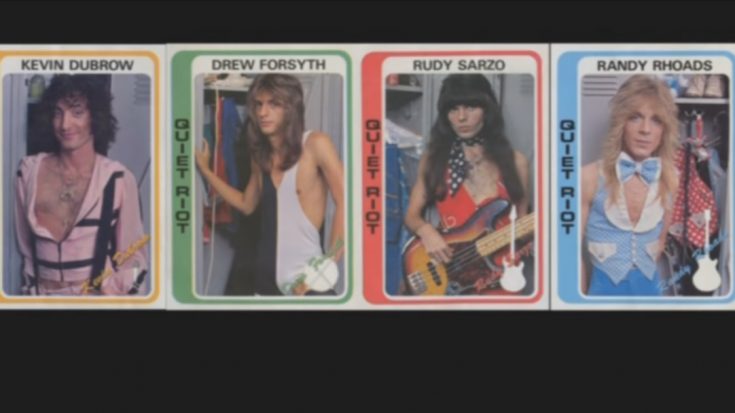 While most know the late Randy Rhoads for his jaw-dropping chops with his time with Ozzy Osbourne, the shredding axman was also a part of Quiet Riot, another band that would be successful in the ’80s, albeit without him.

Rhoads started the band life early at the age of 16 when he formed the group Little Women. Even so, the guitarist still found time to teach music and guitar in his mother’s school during the day, while he played his band’s gigs at nighttime. The guitarist graduated from Burbank High School, where he took part in a special program that allowed him to condense his studies and graduate in a short amount of time, all so he could teach guitar and pursue a full-time career in music.

Vocalist Kevin DuBrow and drummer Drew Forsyth soon joined the band, where the name was then changed to Quiet Riot. The new members already knew each other, however, as Forsyth had already played with Rhoads and Garni in the past.

Quiet Riot became a local celebrity band in the Los Angeles club circuit and was successfully signed into CBS/Sony Records by 1976. Rhoads was also the visual center of attention thanks to his signature polka-dot theme, which was soon adopted by the fans who wore clothes with the same patterns during the band’s shows.