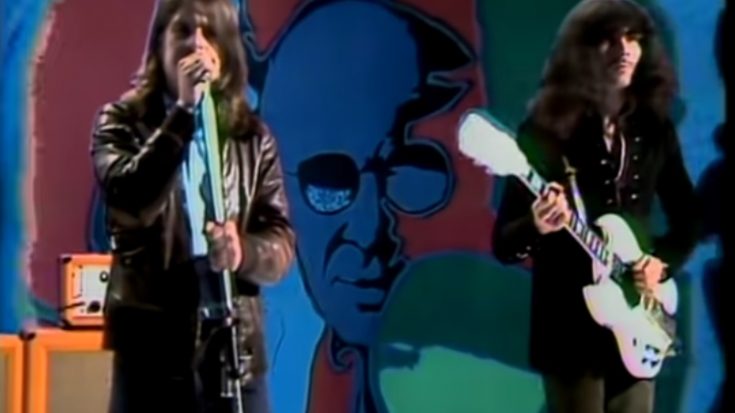 Every time popular music has had a chance to innovate, people always found ways to link it to some otherworldly evil, with artists feeding off of the inhuman advantages in exchange for their souls. This has never been truer in rock music, where the loud, harsh qualities of the sound is equated by the conservative religious as the music of the devil. Here are some bands and acts that have been tagged as devil worshippers and Satanists – even if they really aren’t.

Black Sabbath didn’t buy into the hippie “peace” culture of the sixties, instead banking on hardcore imagery and doomsday lyricism – earning the ire of conservatives. While the band’s name certainly didn’t help their case, the members were Christians and started wearing crosses onstage when black magic practitioners attended their shows and tried to put curses on them.

Slayer has been notorious for using Satanic imagery in their songs and stage setups. However, these were all creative products that didn’t reflect the members’ beliefs. Frontman Tom Araya has already spoken about believing in an all-loving God.

Pantera didn’t really reference Satanic content in their songs but was still a target of Christian conservatives nonetheless. Dimebag Darrell even recorded a video himself being verbally attacked by such people, trying to exorcise him, and calling him Satan’s servant.

Imagine being banned from a country from allegations of being a Satanic band. That’s exactly what happened to Lamb of God in 2013 when they were slated to perform in Malaysia. Mark Morton responded of these statements, saying: “We would invite anyone offended by our music to engage in a discussion regarding the true motivations behind our work, especially before publicly slandering us based on assumptions and shallow misinterpretation.”

Sometimes, it’s all just about a band’s thematic appeal when it comes to Satanic references, as controversial topics tended to pull in more attention than usual. Slipknot’s notoriety as a Satanic group was just part of their image, and even Corey Taylor admitted to being an atheist, which is totally different from a Satanist.

Iron Maiden’s The Number of the Beast didn’t go well with religious groups and was instantly hit with remarks of being devil worshippers. It was so bad that some Christian groups in the US held album-burning gatherings, while the Catholic church has banned them from performing in Chile.

Aleister Crowley, the notorious occult figure, is quite popular amongst the throng of classic rockers. David Bowie himself was influenced by the “wickedest man on the planet,” saying in a 1976 interview that: “Rock has always been the Devil’s music…I believe rock’n’roll is dangerous. I feel we’re only heralding something even darker than ourselves.” He only did this in an artistic sense, however.

Another Crowley fanatic was Jimmy Page, who went as far as purchasing his Boleskine home, along with collecting occult artifacts during the course of his career. He never really admitted to being a Satanist, however, responding with vague and ambiguous statements when asked to expound on his beliefs.

The Stones, especially Mick Jagger, harbored a lot of controversy following the release of their song, “Sympathy For the Devil”, in 1968. From allegations of him being a devil worshipper to the song being used by the Church of Satan, Jagger has had his fair share of the ordeal himself. His girlfriend at that time, Marianne Faithfull, said that people missed the deeper meaning of the song, saying, “Mick never, for one moment, believed he was Lucifer.”

Dead men tell no tales. Well not Paul McCartney, allegedly. Due to the song “Revolution 9” on the White Album purportedly saying “Turn me on, dead man” when played backwards, conspiracy theories of how McCartney was already dead and made a pact with the Devil to keep on walking the mortal plane.