Album Review: ‘The Southern Harmony and Musical Companion’ By The Black Crowes 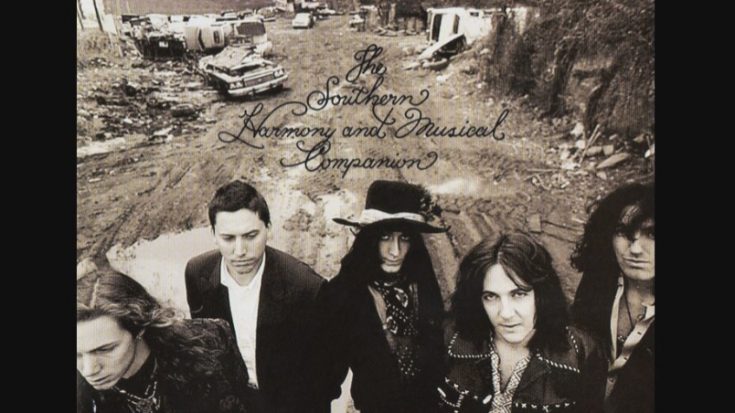 Following up the Black Crowes’ enigmatic debut in 1990 is their sophomore record, The Southern Harmony and Musical Companion. The album takes its name from an 1835 influential hymnal compiled by William Walker. The album features Marc Ford on guitar after he replaced Jeff Cease, along with the addition of keyboardist Eddie Harsh and lush female backing vocalists.

The album starts off strong with its roots vibe by opening with “Sting Me”, which became a strong number for the band as it topped the Billboard charts upon release. Following it is “Remedy”, which has an evolving hook that keeps the track interesting as it progresses. Next is “Thorn In My Pride”, which became a standard of the band on their future songs thanks to its impressive instrumental layering that converges as the song takes on full speed. One great rocker from the catalog is “Hotel Illness”, a blues-based riff-driven track that adds an edge to the album.

The Southern Harmony and Musical Companion was a strong follow-up to Shake Your Money Maker, but never really had the dynamics down to a tee. The tracks were written and executed flawlessly, but the contrast from song to song didn’t really vary and made for an acceptable listen overall.