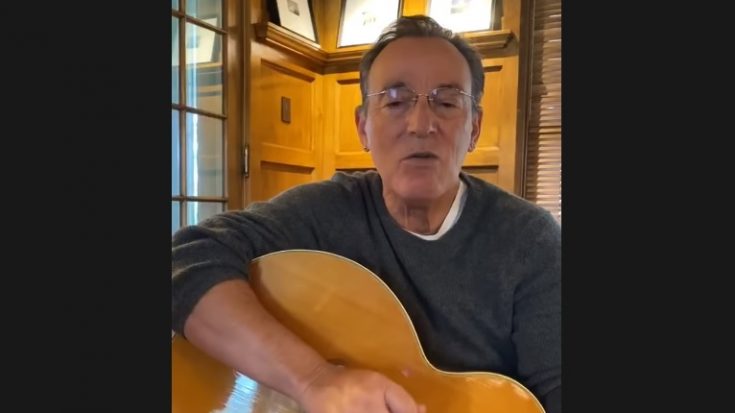 Bruce “The Boss” Springsteen will be holding a home performance as a part of the isolation protocols required in the coronavirus outbreak. Still bent on performing good music, Springsteen calls this set From His Home to Yours and will be broadcast on SiriusXM’s E Street Radio.

Via Rolling Stone, announcer Jim Rotolo said that “Bruce will be playing songs and sharing thoughts about the times we live in.” Springsteen was a part of a video last month along with other New Jersey celebs and musicians like Bon Jovi, Whoopi Goldberg, Jon Stewart, and Danny DeVito, which was for the support of the New Jersey Pandemic Relief Fund.

In the video, Springsteen said, “These are uncertain times. What is for certain is the pain, the fear and the real needs of many of our neighbors, our friends, and certainly all of those who are on the front lines of this pandemic. … We are practicing social distancing. We are staying at home. … We need to pull together and start the healing at home.”

There has been no official statement regarding a new tour or album release for the Boss, but he revealed last year that he has written some material for the E Street Band. “It’s like I’ve spent about seven years without writing anything for the band. About a month or so ago, I wrote almost an album’s worth of material for the band. And it came out of just … I mean, I know where it came from, but at the same time, it just came out of almost nowhere. And it was good, you know?” he said back in May 2019.