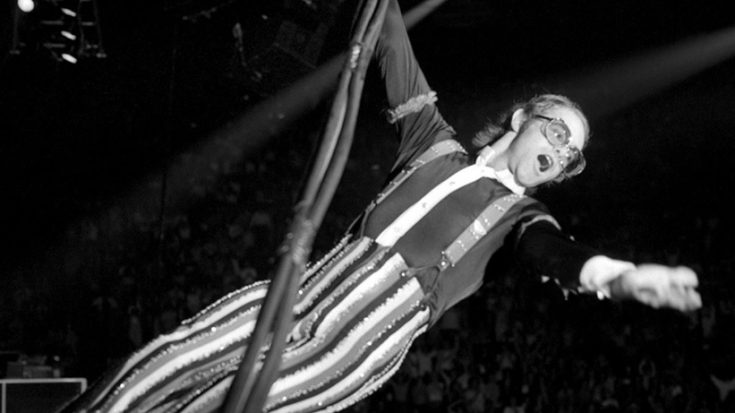 With the recent coronavirus pandemic redirecting musician efforts to the Internet, a gallery has joined the trend by showcasing iconic stills of these artists. The Morrison Hotel Gallery is hosting its first virtual exhibition with no other than the great Elton John as the subject, titled SIR: A Retrospective of Rock Royalty. You can access the gallery by clicking here.

The gallery features photos taken by Ed Caraeff, Norman Parkinson, and the late Terry O’Neill, who has been a loyal photographer of John for several years until his passing in 2019. In a statement by Robin Morgan – CEO of Iconic Images, who are responsible for managing O’Neill’s estate – said: “There must be 8,000 images of Elton going back to 1971. Terry said he liked to be a ghost. He liked to be a shadow around [his subjects]. He didn’t want to get involved.”

Elton John and Terry O’Neill met sometime around 1970 when the photographer heard John’s “Your Song” and tried to track him down. “Elton had his first recording contract and got his first song played on radio. Terry heard it and he thought he was listening to brilliant new American star. He went in search of this guy and found Elton a mile away from where he lived. They became firm friends, and Terry became the go-to guy for Elton,” Morgan shared.