Brian Johnson Returns To Stage And He Sounds Incredible 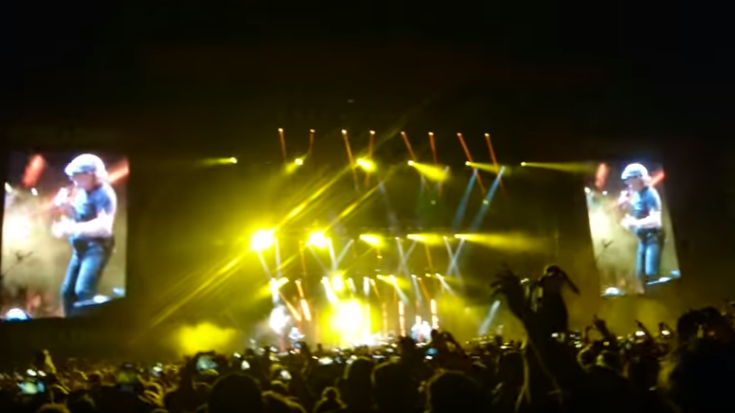 Just when you thought last May’s performance with Paul Rodgers and Robert Plant for “Money (That’s What I Want)” was the only time you’ll see Brian Johnson hit the stage after departing AC/DC in 2016, now he’s back and sounds better than ever.

And, guess what? He didn’t just sing Back in Black with Muse but the audience definitely noticed that he can hit those high notes again. It’s been about 18 months since he was forced to go on hiatus because of hearing problems. But now, he’s back.

“That means a lot to me, thank you so much, thank you boys.” – Brian Johnson to Muse after the performance

We don’t know if the boys in AC/DC has seen this clip especially Angus Young. And more importantly, we’re still uncertain what it means now that Johnson seems fit enough to front a band again. We’ll just have to wait and see.