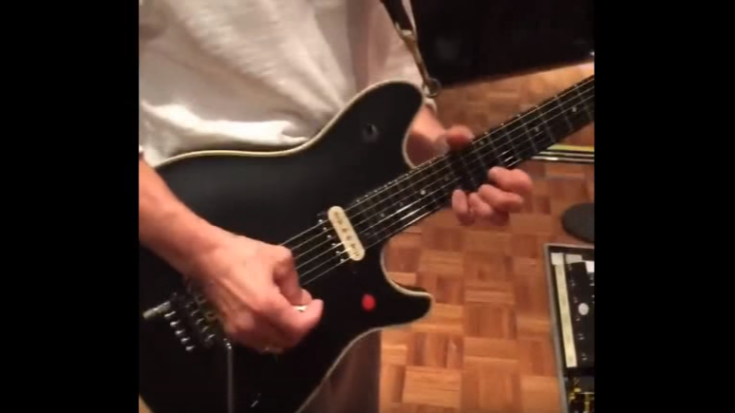 Is this deliberate? What is going on?!

We had to double and triple check if this is the guitar god himself and yes, unfortunately, it is. He’s a beast when he shreds, any axeslinger can attest to that. Even his haters acknowledge the fact that he is not only legendary but highly influential as well. That’s why we were extremely surprised when this video surfaced.

“I’m not the typical guitar collector in the least. I’ve bought a lot of vintage pieces over the years, but I’ve destroyed quite a few of them. People might think, How could you desecrate the Mona Lisa? but I really don’t care what something looks like. I’m more concerned with a guitar’s functionality, sound, and playability. That’s why I started building my own guitars. Other guitars wouldn’t do what I needed them to do, so I made my own.” – Eddie Van Halen

Even with his stellar playing, on the core, he’s still human and he has those days when he just doesn’t have IT. Sadly, it was filmed and whether he likes it or not, it will remain on the internet forever. Then again, it still won’t diminish his greatness though.