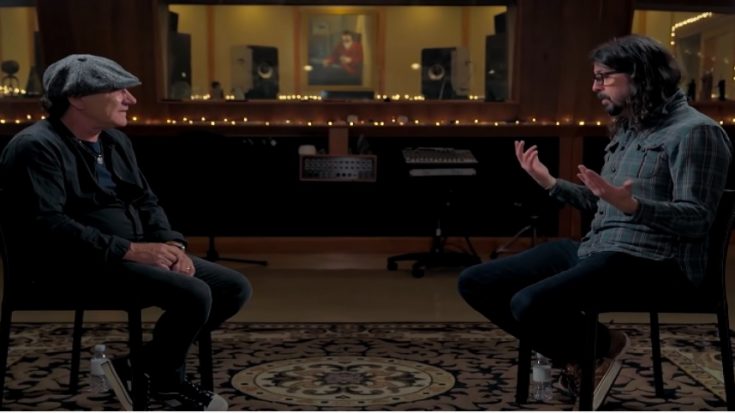 It’s a legend-to-legend interaction as the AC/DC frontman Brian Johnson meets none other than Dave Grohl, the frontman rockstar of the rock band Foo Fighters.

The video was originally aired as a part of the “A Life on the Road” special with Brian Johnson premiered at the Sky Arts on September 17, and was shot at the Foo Fighters’ studio in Los Angeles, California. But, the good news is, Johnson’s original YouTube account has released the documentary for the fans to enjoy. The interview was exclusively done by Johnson himself.

In the discussion, each of them shared what it’s like to live constantly with tours as a rock star. As the conversation started, they recalled first the vans they liked and began touring with, an essential on the road. And as the talk progressed, Grohl shared some pictures that show the particular people he once performed and have worked together. They also discussed each of their music, how and why they became the people they are now, and many more.

Haven’t seen the documentary yet? Check it out here!